February Club Students of the Month 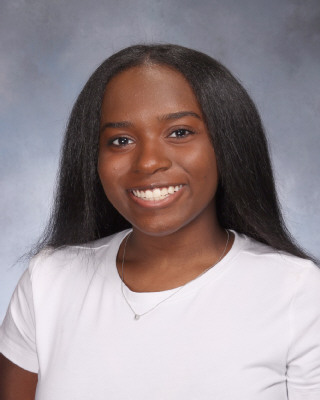 Danielle Panton is a junior attending FTHS. She is an active member in the club entitled Future is Female at FTHS. Danielle is a very involved student who thrives with her communication skills with other club members. Thanks to her dedication and commitment as co-founder of this club, she has been awarded student of the month.

Read the full interview below:

Brianna Pacailler: What are some of your responsibilities as co-founder of this club?

Danielle Panton: As co-founder of The Future is Female my main responsibility is to help the women in New Jersey as best I can. My role is to organize events such as drives and fundraisers in which I would contact organizations and partner with them to give back. Additionally, we work with the members in our club to get the events moving and send them flyers that they promote to spread the word.

BP: What is the main message behind Future is Female?

DP: The main message behind this club is to advocate for women all over, specifically starting with women in New Jersey. Our mission is to make an impact in some way on their lives.

BP: What initially inspired you to join this club?

DP: Initially my partner, Kayla Martins,  and I wanted to find ways to give back to our community.

We wanted to think of something we were passionate about and immediately thought of the injustices and difficulties women face. We wanted to work on helping in any way we could and that is what sparked The Future is Female.

BP: Any advice for future students entering the building?

DP: My personal advice to students entering the building would be to take their aspirations and passions and build them into something. By taking my passion I was able to create this club with someone who shared those passions with me, and now we can both give back to the community.

BP: What were your initial thoughts on being student of the month?

DP: When realizing I was given student of the month I was so grateful and shocked! Mrs. Keegan has been an amazing help to the club and the mission we have been trying to achieve and I am forever grateful for her contributions to the club and to women everywhere. She inspires us to do the best we can and is the sole example of what the future holds for women all over, joy and success!

Douglas Luke is a junior at Freehold Township and was awarded February Student of the Month for his dedication to band, achievement as a member of the All- Shore Jazz Band, and helping other students as section leader of band. Mr. Gattsek, the nominating advisor, noted “He [Douglas] is frequently available to help his fellow bandmates and is a pillar in our organization.” Douglas helps all new members of band as section leader, even though this year was difficult to do so. Freehold Township High School is lucky to have him representing us in the All-Shore Jazz Band and through his other accomplishments as a student.

Read the full interview below:

Sara Frasson: To begin, if you could play any other instrument what would it be?

Douglas Luke: I would love to play the saxophone.

SF: What inspired you to start playing an instrument and to join Band?

DL:  I wanted to try something new in 5th grade, so I decided to try out the trombone and join band. I fell in love with it immediately and chose it because I could “hit the person in front of me with the slide.”

SF: Was it difficult to help freshmen band mates who had to accommodate learning about Band in high school amidst a global pandemic?

DL: It was extremely difficult to help freshmen band members assimilate into high school band. We couldn’t have a normal marching band season this year, so the freshmen didn’t learn basic marching skills and they weren’t attending rehearsals as normal. I also feel that I did not get to know the freshmen like I normally would.

SF: Hopefully next year will be better! How would you say this experience make you a better leader?

DL: This made me a better leader because I had to find new ways to help the freshmen not only learn all about what band is like but about school too. We weren’t able to meet in person until the end of August, so I had to find how to assist them before band began virtually.

SF: Has this year been completely different from other years in band, or is there somewhat any similarities?

DL: Band is completely different this year. We didn’t have a normal band camp over the summer to learn the marching band show; we didn’t even march at all! We weren’t able to hold a winter concert, and all of our rehearsals are outside and distanced.

SF: That’s upsetting to hear, wishing the band the best for the future. As being awarded the title of a section leader, what was your reaction?

DL: I was very excited to be able to lead my section and help others improve. My section leaders in previous years helped me learn so many things about band and I knew I could look up to them if I had an issue. I was happy to be able to provide this same opportunity.

SF: That’s great! What was the best part of being one of the only four students selected at FTHS for the All-Shore Jazz Band?

DL: I was selected last year, so I had high hopes for acceptance again. I was super excited and proud to be able to make the jazz band and be a part of the higher band. It’s been my goal to make the higher band since freshman year.

SF: How do you feel towards the All-Shore Jazz Band Conference being fully remote this year?

DL: It was awkward for the band to be fully remote. We weren’t able to play aloud during rehearsal, and everything was recorded with a playback track. I still had a good experience, but it was slightly more difficult to learn the music.

SF: How have you coped with the pandemic?

DL:  It’s been a struggle. It was hard to not be able to see friends and family. I got a job so I was able to be out and have some sort of normalcy in my life.

SF: Yeah, I can totally relate, it has been a crazy year! Do you plan on continuing your band life as a career?

DL:  I don’t plan on continuing band as a career. I have thought about playing in community bands and stuff of the sort, however.

SF: That sounds cool! What’s a message you would give to underclassmen who would like to follow in your footsteps? What message would you give to your freshman self as well?

DL: Don’t give up. With the pandemic, band, school, and life haven’t been the same. If you are thinking of giving something up or quitting, just stick it out. It will be different next year, and most importantly, better. I would tell my freshman self to reach out to more people. There are so many people in the school; just finding one person could lead to new opportunities, such as clubs or sports

SF: Those are great messages and definitely inspiring! Thank you for answering my questions!