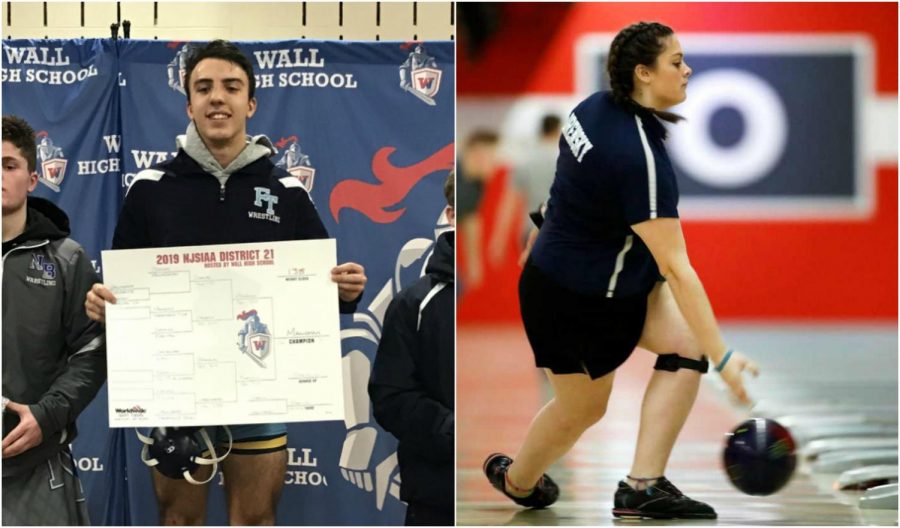 February Athletes of the Month: Christian Mangini and Sarah Orenski

I have been wrestling since freshman year.

At first I wasn’t really interested, but my older brother started getting serious in it so overtime I started to appreciate it and I wanted to try it out. 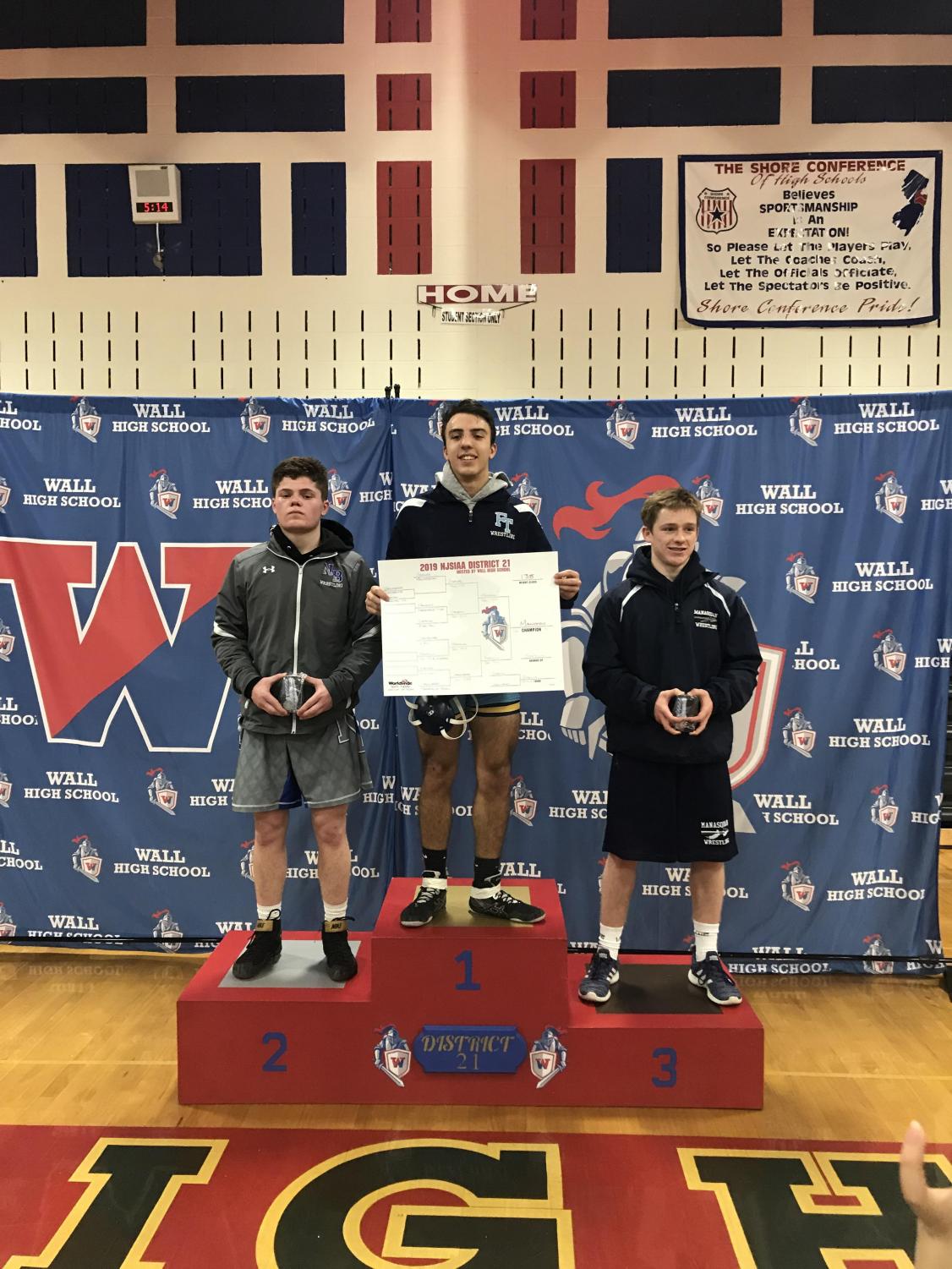 Yeah, I also play soccer and was on the varsity team.

Usually in the summertime I wrestle outside of school to practice, but otherwise no.

I enjoy wrestling in school because of the teammates.

Well, I love eating food, so I would say the hardest thing about the sport would be cutting weight.

I would say it is probably the team and the coaches, because without them I probably wouldn’t want to do it.

I would say my largest and greatest achievement would be becoming district champion.

I would say it would be becoming district championship that’s year as well because it was such a large accomplishment.

I go to the gym after school, but otherwise it is just eating the right foods and making sure I keep healthy.

Is it hard for you to balance school and wrestling?

It definitely is or can be, but I try my best to make it work.

As far as going pro it’s a hard choice, but if i had the opportunity then i’d definitely give it a shot.

Honestly I just enjoy being left alone listening to my music, basically just preparing for my match.

How does the team look for playoffs?

We have to beat other teams so that we are ranked above them and so for the post season we keep a good record, but we looked pretty good.

This season we did really well and definitely had a positive record overall.

>Went 3-0 at the Matawan Quad on February 9th

> Christian’s hard work through the year led him to avenge multiple losses en route to his District Championship.

> Christian’s win in his match against Middletown South helped secure the team points needed for the Patriots to win the match.

> Christian finished the season 23-12; good for 2nd on the team in wins and he led the team in pinfalls.

I have been bowling since I was about 4 or 5.

My sister joined a league  that ended up being a Saturday morning thing that i went along too and I fell in love with it. My dad had also traveled around the world for bowling when I was little so i decided that i wanted to join as well. 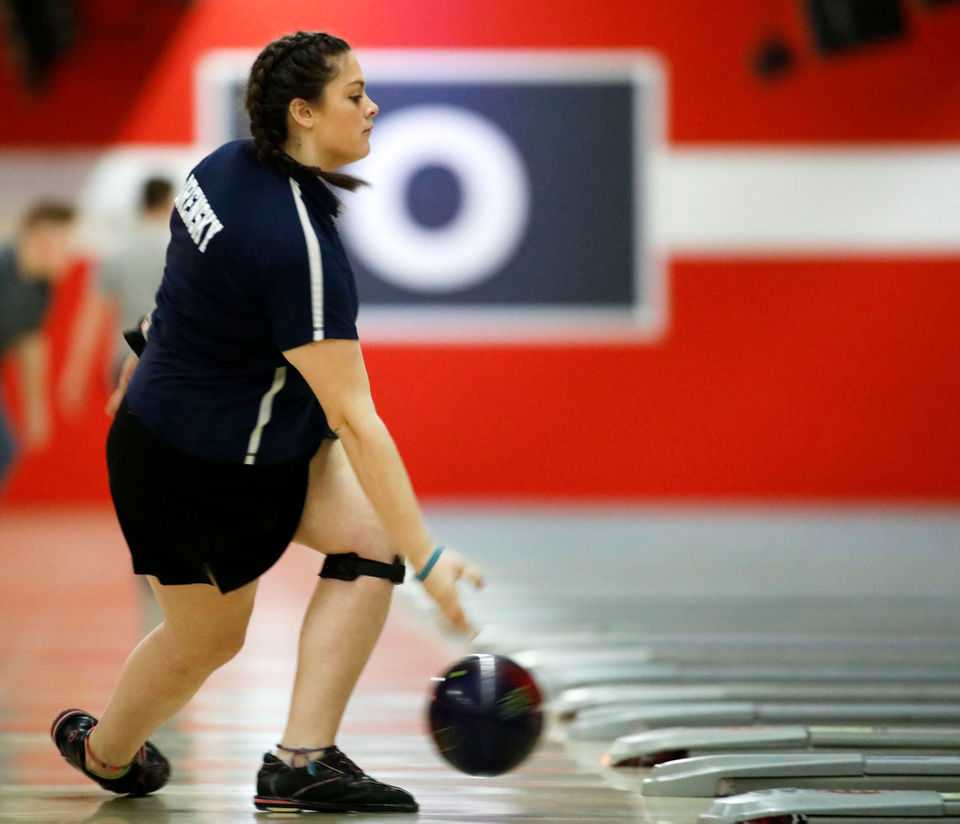 I do not know what school i’m attending but i definitely want to play in college because there is a lot of scholarship involved.

I used to play soccer, but I gave it up before high school to get more involved with bowling.

Yes, I participate in a league outside of school.

I would say inside of school because it is more of a team atmosphere and it is something that not many states or schools offer, so we are lucky to have it.

I would say that the hardest thing about bowling is your mental game, because if you make a few bad shots or make a good one and don’t get the result that you want, it can mess you up.

I would say that my favorite thing would be the team atmosphere and the excitement of your teammates and other winners as well.

I would either say winning states or being on TV last summer with a nationals team would be my greatest accomplishments.

I would say that states were our best accomplishment, because we got in, had faith, and were actually able to win which was a great accomplishment for us.

I just practice often and go to the gym occasionally as well.

Is it hard for you to balance school and bowling?

I definitely say that sometimes it is, however you just have to time manage and try your best to get all of your work done.

I probably would accept the opportunity if I was given it, because I would like to try it out.

Basically just hanging with the team, and we normally bast my speaker on the bus.

States are over, but we won so….

> Finished 6th in Tournament of Champions after bowling the second highest series at the sectional tournament.

> Bowled a 209 average (3rd in the entire Shore Conference)