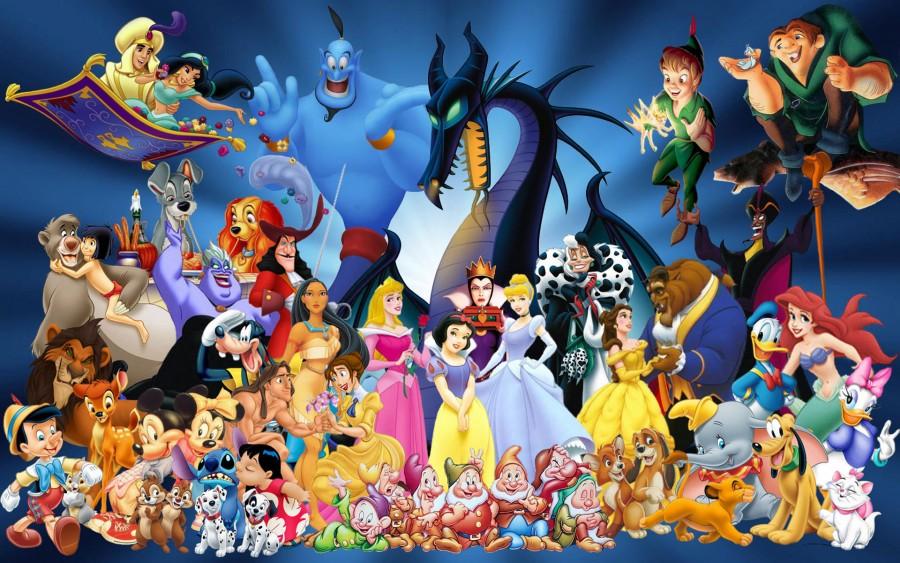 The Walt Disney Studios produced their first animated film in 1937. That film was Snow White and the Seven Dwarfs. Since then, they have continued to produce more and more films. Kids have grown up watching the classics. Girls love the princess movies because they find their inner princess. Teenagers and adults love the old ones because they remind them of their childhood. They also love the new ones because they get to watch them and act as if they were a child again watching a new Disney movie for the first time. Even though all the Disney movies are beloved by many, there are some major differences between the classics and the new films.

The classics consist of many movies. There’s Fantasia, Beauty and the Beast, The Jungle Book, The Lion King and many of the princess movies. These movies are movies that people love, that parents love and that people’s future children will love as well. The theme in these movies tend to differ from the more recent movies. The classics all tend to have the female characters more dependent on the male and the male characters are their saviors or escape. Three examples of classic movies with classic themes are The Little Mermaid, Sleeping Beauty and Cinderella.

The Little Mermaid is about a slightly rebellious and adventurous mermaid named Ariel. She has many sisters and her father is King Triton. Her mother had passed away which is no surprise because come on, which disney character actually has both their parents alive? The answer to that is NONE. Anyway, Ariel sees a human named Prince Eric on a boat and she falls immediately in love. Ursula, the evil and wicked sea witch, sees how vulnerable Ariel is and takes advantage of her. She allows Ariel to become human for 3 days to go on the land and try to win Prince Eric’s heart. Only one rule, she doesn’t get her voice. And if he doesn’t kiss Ariel by the third night, she loses her beautiful and gifted voice forever.

Ariel risks her life to have this boy. She doesn’t even know him let alone has she actually met him. She breaks her boundaries and rules for love. Ariel attempts to have Prince Eric fall in love with him and ends up marrying him only three days later. She leaves her father King Triton behind as well as her normal life. She lives on land with Prince Eric now and has her happily ever after.

Sleeping Beauty is a story of a girl who was cursed as a baby. Princess Aurora was cursed by the evil Maleficent and the curse is that she will die by pricking her finger on the spindle of a spinning wheel on her 16th birthday. The King and Queen are beyond worried for their newborn’s future. They sent her into hiding to be taken care of by fairies. Merryweather, one of the fairies, places a spell on her that she can wake up from an ageless sleep with true love’s kiss.

On her 16th birthday, Aurora meets Prince Phillip and falls in love. Maleficent also found her hiding spot on her 16th and tricked her into pricking her finger on the spindle of a spinning wheel. Prince Phillip kissed Aurora and she was awoken from the sleep-like spell. She barely knew this Prince yet he had saved her life. For Disney Princesses’, the love from a stranger is usually equivalent to “true love”. 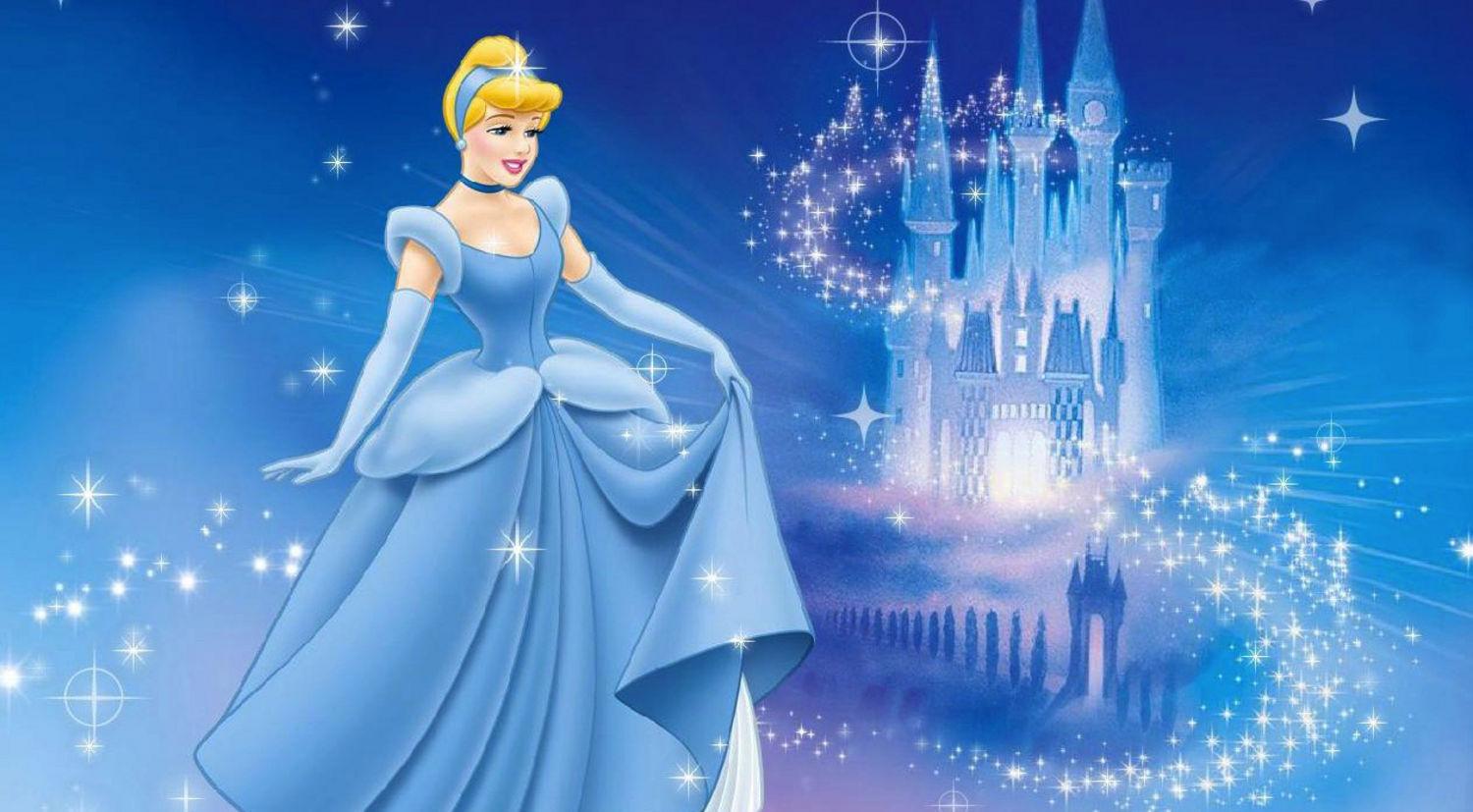 Cinderella is yet another Disney classic that has the male character save the female. It’s the whole classic knight in shining armor idea. A man comes to the rescue and saves the weak damsel in distress. Cinderella was definitely not weak though. She became a servant for her wicked step-mother and two devious (and annoying) step-sisters when her father had passed away. Cinderella received no privileges and suffered from the amount of both demanding and tedious labor she would serve day in and day out.

On the night of a ball, Cinderella managed to sneak out and attend the ball in disguise. She couldn’t have done it without the help of her Fairy Godmother and her (animal) friends. At the ball she danced with the prince but had to cut the night short since the Fairy Godmother said she has to be home by midnight. On her way out her shoe fell off and on the next day, the Prince brought it around town finding who’s foot belonged to it since he just fell in love with the girl that he danced with for seconds. He finally found Cinderella and they lived in the castle happily ever after. She escaped her terrible and cruel life to live in the castle with Prince Charming all because of one slow dance at the ball.

These Disney movies sure are beloved but they differ from the newer films. True-love and eternal happiness are great and beyond enjoyable to watch in a movie, but let’s face it. Kids need to see love and happiness in more realistic terms. A boy and girl may not always fall in love right away. A girl may not want to follow in her family’s royal foot steps. And a girl may not even want a guy to sweep her off her feet. Women are portrayed much more independent and self-driven in the newer movies than they were in the classics. Even though the women do fall in love in the new movies, they still have more of individual independence than female characters used to.

Tangled is a new spin on Rapunzel. A beautiful, long haired princess is trapped in her tower with her supposed mom, locked away forever. Rapunzel dreams of seeing the lanterns that light the sky on her birthday and she strives to get away from her mother and live her own life. Tangled is a story about a young girl finally breaking away from her restricting mother, and finding her own life. She is extremely independent throughout the whole journey, although she does have her partner Flynn Ryder who she subsequently was constantly saving. Tangled is one of the newer Disney movies that instills independence throughout the viewing audience, proving that you don’t need a man to make you happy (because she married Flynn at the end after she had figured out her life).

Brave: Brave is a movie about Merida a young princess who is arranged to marry a man by her family. Merida is not interested in being betrothed to the son of her father’s ally, which paved the way to her act of slight rebellion. The Highland Games were held so that the brothers were able to fight for Merida’s hand in marriage, but she switched up the rules and made it so she too would be allowed to fight for her own hand – meaning she could win and not have to marry any of the men.

Frozen: Elsa and Anna are two heirs to royalty who live in a castle that they used to share with their parents, who tragically died in a boating accident. Their story mainly follow Anna, the younger sister, who is trying to get her older sister Elsa to speak to her and to come back to the town they live in that desperately needs her help. Although Anna does make a stereotypical mistake – falling for a man and marrying him within only hours of meeting him – she comes to her senses over time. This movie isn’t about how falling in love with a prince solves everything, but instead it’s about how sisterly love is more powerful than any spell.

Wreck-It-Ralph: This movie, although not about a guy denying the love of a woman – it’s about finding yourself. Ralph was created as the villain for the video game Fix-It-Felix Jr. and he becomes tired of being the ‘bad guy’ so he sets out on a quest to find a game he can be the good guy in. Ralph jumps from game to game in the arcade that he lives in, trying to find where he is happy and then he meets Vanellope von Schweetz, and adorableness ensues.  This movie is filled with video game references, subtle humor, and charming characters, so it’s easy to see why many people love it so much.

Disney has taken a turn for the best, their films are more independent and empowering than they’ve been in past years. Sure, majority of the parents are still killed off in the stories, but at least better points are being crossed. The movies are no longer about needing a relationship to carry on, or leaving your friends and family for love, instead it’s about finding yourself and loving yourself and your family before a third party comes in. Disney has really upped their game, definitely paving the road for smarter and more independent viewers.