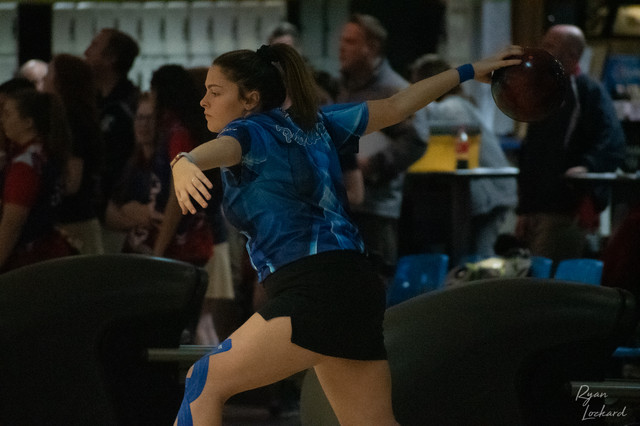 I am a Senior

How did you start playing, what age were you when you started?

Freshman year I switched between leadoff to Anchor

Do you want to play in college, do you know what school you’re attending?

Yes, I actually committed to play at Long Island University (LIU) in Brooklyn at the NCAA Division 1 level

Yes, I do Leagues outside of school and compete in national tournaments

Which do you like playing better in or outside of school?

What was the greatest moment you had during the sport?

Is it hard for you to balance school and the sport, how do you balance them out?

Do you want to go pro?

Probably not, maybe just do regionals in my free time when I am older

Do you have any before game rituals or superstitions?

How does the team look for the playoffs?

Pretty good we have a bit of work to do, but I feel we will be ready

Led team to the team championship at The Baker Holiday Tournament

Committed to LIU-Brooklyn to continue her academic and bowling careers

“As the senior anchor Sarah has been the most consistent and dominant bowler on our team. She has been a positive motivator for her teammates (both boys and girls). Aside from being one of the best bowlers in the Shore and the State, Sarah has been an exemplary teammate and leader.” – Coach Mehl