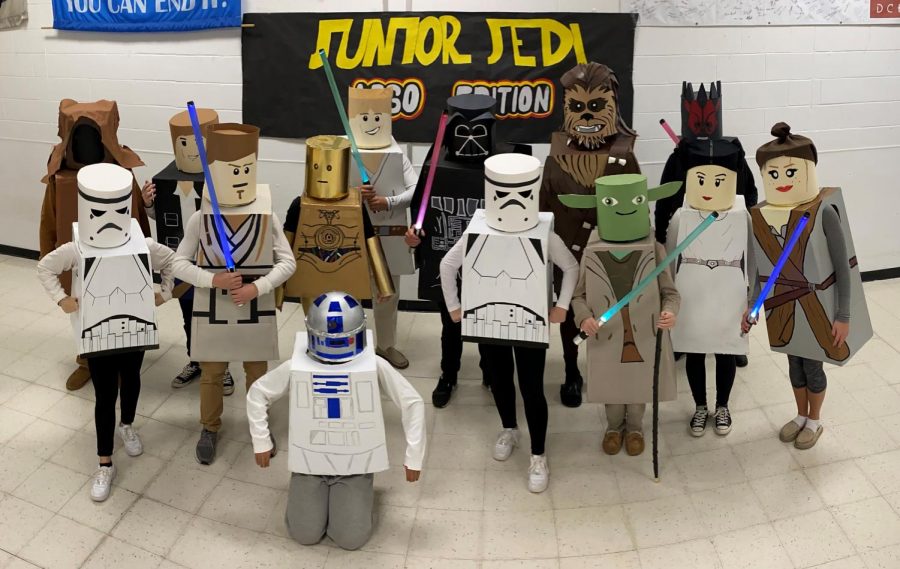 As Thanksgiving break quickly approaches, it can only mean one thing for the students of FTHS. No, not excess amounts of turkey. No, not Thanksgiving break. It means nothing other than BOTC! Battle of the Classes, or BOTC for short, consists of selected members from each grade competing in different events to fight it out for the title of the “Best Class”. Students competing in BOTC must compete in a multitude of challenges in an attempt to win the coveted title. Some of these challenges include lip syncs, costume challenges, dances, an egg toss, and many more!

The Juniors of BOTC have some experience going into this year’s competition, since they are now upperclassmen. But, do they have what it takes to beat the Seniors? The Juniors, of course, are up for the challenge. The Junior team members competing this year include Peyton Ferraro, Izabel Fronc, Acasia Giannakouros, Olivia Juliano, Brooke Zolezi, Sofia Cruz, Gianna Whisten, Pat Burns, Lorenzo Chirichella, Matthew Gunther, Joe Lardaro, Zach Orrico, Brian Silva, and Jake Stern.

The team has been very busy practicing for the various BOTC challenges that they will soon be facing, but the Patriot Press was able to reach out to some team members regarding their thoughts on the competition this year.

What made you want to be a part of BOTC and why?

Izabel Fronc: I realized that I wanted to get more involved with the school and have more school spirit. So, I decided to sign up for BOTC because my friends said it was a lot of fun the past two years.

Peyton Ferraro: I have been on the team for all three years, and this school wide event is always so fun to take part in!

Zach Orrico: Originally, I saw it as an opportunity to rival my brother in BOTC. But, I developed great relationships with the team and I have continually done it ever since.

Acasia Giannakouros: I really like the environment of socializing with friends, and getting to create a funny dance to show to the school.

Why do you think the Juniors will win BOTC this year?

Izabel Fronc: Even though there have been some conflicts in our team, our hard work will drive us to success and we will walk in with a positive attitude and a winning mindset.

Peyton Ferraro: Our team is just so amazing!

Zach Orrico: We have put in work and dedication to be better than last year, and hopefully we can pull off an upset.

Acasia Giannakouros: We have creative ideas and we have prepared for the events.

Have you been a part of BOTC before?

Izabel Fronc: No, this is my first year

Peyton Ferraro: Yes. Along with this year,  I have taken part in BOTC the past two years, as a freshman and a sophomore.

Zach Orrico: Yes, this is my third year.

Acasia Giannakouros: Yes, this is my second year.

How did it feel to get chosen for BOTC?

Izabel Fronc: Signing up, I highly doubted that I was going to be chosen to be one of the 14 members of the Junior BOTC team. Sp, when I heard my name get called, I was shocked but also very excited.

Peyton Ferraro: I was very excited.

Zach Orrico: I was really excited my peers chose me to represent the class of 2021 in one of the most fun events during the school year.

Acasia Giannakouros: I was really excited my peers chose me and was happy to make it a second time.

Izabel Fronc: I am looking forward to the relay races because that’s when the competition gets intense. I am also excited to show our costumes the day before because we have been working hard on them.

Peyton Ferraro: The egg toss! Every year me and my partner have gotten second place, and this year we are looking to get first.

Zach Orrico: The egg toss. My partner Peyton and I have made it deep the past two years in the event, so hopefully we will win the event this year.

Acasia Giannakouros: The tug of war because last year we did not do so well, so I think this year we will improve.

If chosen, would you participate in BOTC next year?

Izabel Fronc: Yes, I hope to participate in BOTC next year!

Will the Juniors triumph and take home a win? What will the Junior dance be? Will the egg toss finally work out for Peyton and Zach?? To find out the answer to all of these questions and more, simply go to BOTC on Tuesday, November 26th! Additionally, be sure to wear orange if you are a Junior to support the class of 2021. Good luck Juniors!