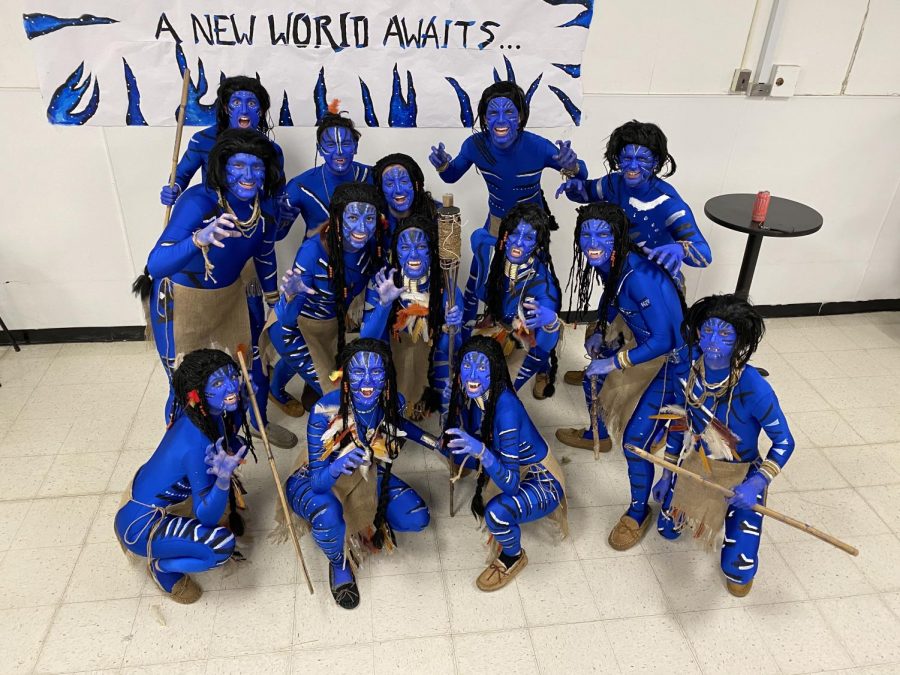 The holiday season is around the corner and spirits could never be higher here at FTHS! As Thanksgiving quickly approaches, students are looking forward to the most anticipated event of the year: Battle of The Classes. Each year, BOTC has been host to some truly memorable performances, with students from each class consistently raising the bar and elevating their teamwork to an entirely new level.

Despite their busy schedules, The Patriot Press got the chance to speak with some of the members of the dedicated team regarding their experiences and what they’re looking forward to surprising us all with this year!

Melanie Amoroso: I have been a member of the BOTC team for 4 years.

Emily Pillarella: I have been on the team since sophomore year.

Mackenzie Chalfin: I have been on the team since sophomore year, so this is my third year.

Nic Nasso: This is my third year on the team.

Trinity Andrejewski: I’ve been on the  BOTC team for four years.

Lindsay Messinger: I’ve been in BOTC for four years.

What’s the best part about being in BOTC?

Melanie Amoroso: My favorite part about being in BOTC is the bonds I’ve created with the people on my team. We have grown to become a family and our teamwork and ideas have only strengthened over the years.

Emily Pillarella: The best part about being in BOTC is the memories made and the hard work that pays off in the end.

Mackenzie Chalfin:  The best part about being in BOTC aside from the actual night is being able to spend the weeks leading up to it with the team.

Evan Savino: Forming friendships with the group and having a good time with one another.

Nic Nasso: The best part of BOTC is the bond that goes along with it. The people I’ve been on the team with are awesome and we became a family throughout the years.

Trinity Andrejewski: The best part about being in BOTC is spending weeks together, collaborating on how to make our dance and events the best they could possibly be. We’ve all become so close and I wouldn’t trade them for the world.

Lindsay Messinger: The best part about BOTC is becoming a little family in the end. Spending almost everyday for two months together made the fourteen of us into a family. We’ve shared a million laughs together and created the best memories that will last forever.

Melanie Amoroso: I am looking forward to the lip sync the most because so much preparation has gone into making it memorable for our class.

Emily Pillarella: I’m looking most forward to the lip sync battle. We have put so much time into making sure it is perfect and we can’t wait for everyone to see it!

Evan Savino: The dance. It’s going to be crazy! Be prepared to go wild!

Nic Nasso: The event I’m looking forward to the most is the lip sync. I think this is our best routine yet, so we’re excited to show everyone what we’ve been working on.

Trinity Andrejewski: My favorite event is the lip sync! That’s the event we work on the hardest and longest. We are so excited, but so sad to perform our dance for the last time.

Lindsay Messinger: The event I am most looking forward to the most is junkyard relay. Last year, we upset the old senior class by winning this event. No one expected us to come in first for this event, but we used a specific strategy and I am excited to use it again.

Do you think your team is well constructed? Why?

Melanie Amoroso: Yes, our team is the most diverse team there is! From soccer, football, and cheerleading, to drama, gymnastics, and lacrosse, we cover a variety of skill sets and personalities.

Emily Pillarella: Yes! My team is very athletic, but we also have our differences in our strengths and weaknesses which makes us very well constructed!

Mackenzie Chalfin: I believe our team is well constructed because we have a really strong bond that allows us to have fun and be productive at the same time.

Evan Savino: Yes I do because we have all done it for the last three to four years so we know what to expect.

Nic Nasso: The team is very well constructed. Everyone has their own skills and talents that mesh well with everyone else’s. I really think we have a dream team.

Trinity Andrejewski: Our team, especially this year, is very well constructed. We have such a diverse group of kids academically and athletically, that we have no problem coming up with great ideas, usually…

Lindsay Messinger: Our team is very well constructed. We have all been on the team for about three or four years now and we know everybody’s strengths and weaknesses. We also work very well together since this has been the same team forever.

Do you think your team has what it takes to win? Why?

Melanie Amoroso: Of course! We are coming for the dub! We won’t let the Class of 2020 down!

Emily Pillarella: I think we definitely have what it takes to win. We have all worked so hard in previous years to win, but this year our hard work is incomparable to other years!

Mackenzie Chalfin: Our team definitely has what it takes to win because we’ve been working hard and we’re the seniors this year, so we have experience.

Evan Savino: Yes I do, because we are the most experienced and are the best at the events.

Nic Nasso: I think we have what it takes to win. This is the strongest our team has been yet, so we think we’re very capable of raising the trophy Tuesday night.

Trinity Andrejewski: Our team definitely has what it takes to what win! We hope for our hard work and dedication to finally show off!

Lindsay Messinger: I think our team has a great chance of winning, no doubt.