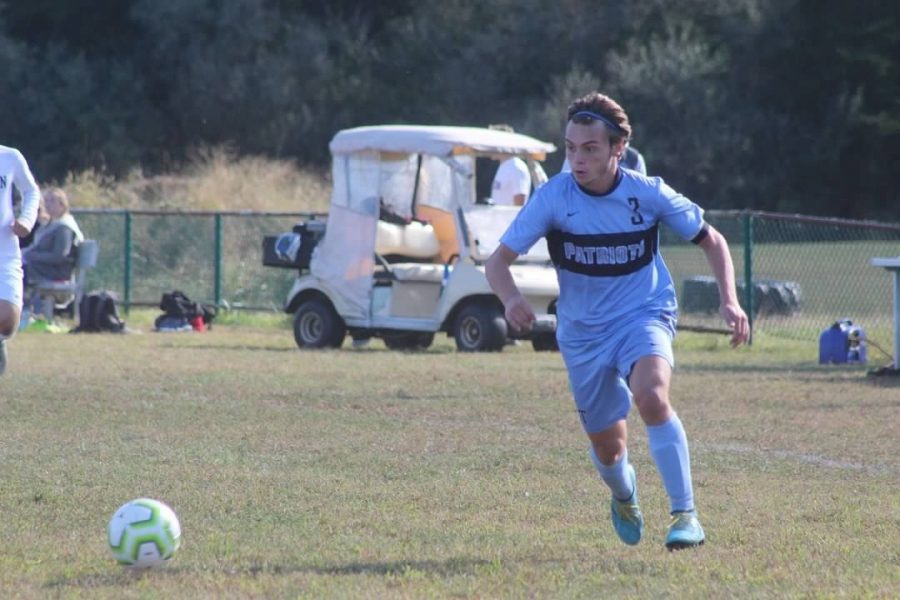 Since freshman year, so 3 years

How did you start playing, what age were you when you started?

I have primarily played outside midfield my first two years at Township, and this year I was changed to play striker

Do you want to play in college, do you know what school you’re attending?

I would like to play in college, but I do not know what school.

I play basketball and run track

Yes, I play for a club soccer team

Which do you like playing better in or outside of school?

In school, without a doubt

Winning the SCT (Schore Conference Tournament) championship this past year

What was the greatest moment you had during the sport?

Scoring the goal to tie the SCT finals with 5 minutes left; it was a big pressure reliever.

Playing multiple sports all year round

Is it hard for you to balance school and the sport, how do you balance them out?

I try to make time for everything and like give a time and day I want to do and finish school work; however, it is pretty difficult.

Do you want to go pro?

Of course that is everyone’s dream, but it is unlikely for that to happen.

Do you have any before game rituals or superstitions?

Not really. If we go on a winning streak, I just make sure everything is done the same.

How did the team perform in the playoffs?