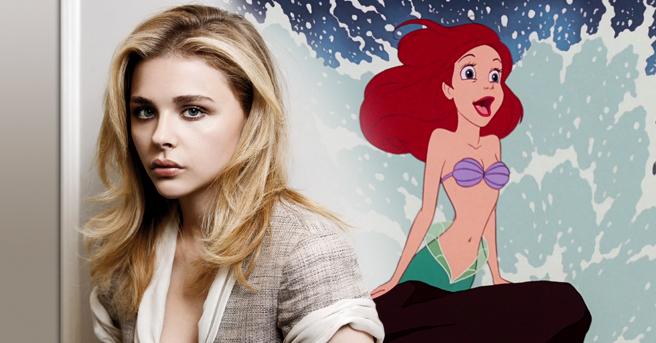 If you’re a die-hard Disney fan or have happened to notice the most popular videos on YouTube recently, then you’ve probably seen the new trailer for The Little Mermaid live-action movie. After seeing all the talk about the new Beauty and the Beast movie – as well as the upcoming Mulan and Aladdin remakes – it’s really no wonder that the beloved Disney classic is now being made into a normal film as well. But is the new movie going to live up to the original version?

For starters, it’s important to say that as of right now, Disney has nothing to do with this production; which may be one of the main reasons as to why it is so drastically different. In this new trailer, the plot of The Little Mermaid we all know and love seems to be completely missing. For starters, the movie is most likely going to be centered almost entirely on a young girl, and not the mermaid, Ariel, like the original animated movie.

This movie takes place with Ariel being a mermaid help in captivity in a circus, where audiences can watch her perform and interact with them. The most important thing, in many people’s opinions, is that she is missing her iconic, bright red hair. In fact, this new Ariel seems to be very dull and not given much character.

In addition to this point, this mermaid also has the ability to switch between having her tail and having legs. She is able to transform into both a mermaid and a normal human, which will definitely throw the entire plot of the movie off; considering that in the original animated movie the entire buildup of the plot was waiting for Ariel to get her legs to meet Prince Eric. Will there even be a prince in this movie?

There is also no Ursula – which is what many people were excited to see when the announcement for this came about. In her place is the ringleader of the circus, who the mermaid says “took a part of me.” This is strange, because this part he took of her isn’t her voice like in the original, as this new mermaid is able to talk throughout the entirety of the movie. So what exactly did he take from her?

To wrap things up, this movie really doesn’t seem to have much substance to it, or as much in common with the original movie as many thought. What good is having a movie called the same name as the 1989 classic, if it isn’t going to live up to the legacy it left behind? Having the movie centered on a young girl attempting to save the captive mermaid instead of the mermaid herself seems a little strange, but time will tell when this movie is released!

Watch the trailer below and see what you think: will the movie live up to the iconic original, or will it be yet another dud of a remake?