A Night At Harry’s House 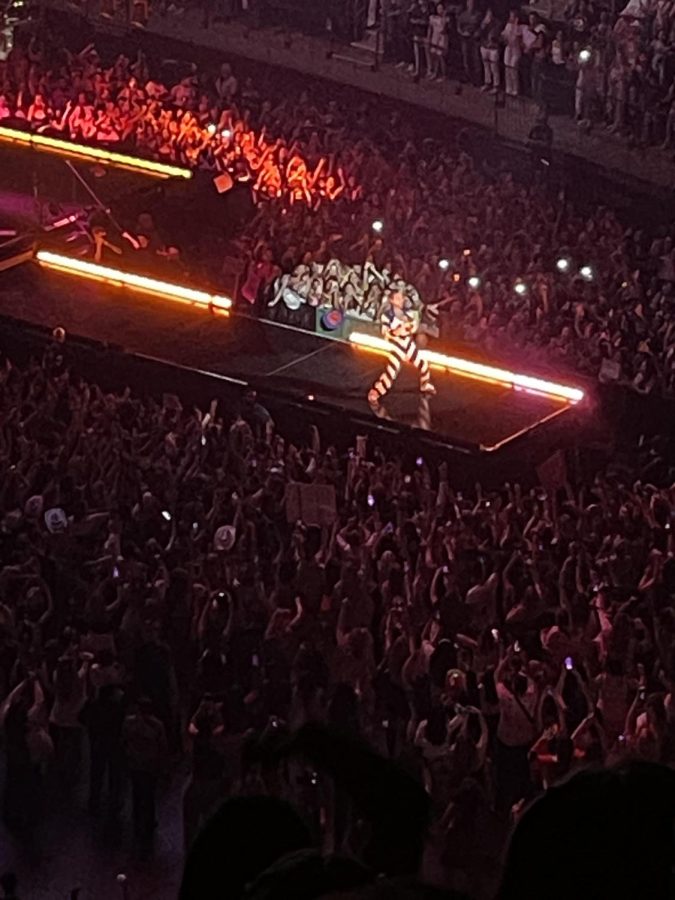 On August 20th, I waited inside of Madison Square Garden, anticipating for us to get through the ticket line before I could make my way to my seat to see Harry Styles on the first night of his New York City residency, also known as Harry’s House.

As I found my seat, the entire venue was already full of fans eager for the show to begin. At 8 o’clock, the opening act, Blood Orange, came onto the stage, performing until about 8:30. 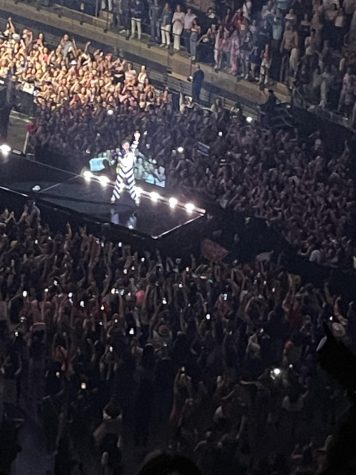 Once the clock struck about 8:50, Queen’s “Bohemian Rhapsody” blasted on the speakers, as the crowd began to sing along. Once the song was completed, Frank Sinatra’s “New York, New York” began to play, and the entire venue began to shake. Fans screamed as videos started playing on the screens above the stage, showing pictures of teapots and rabbits, symbols of the new album, Harry’s House.

As Harry’s band entered the stage, not a single person in the arena was silent. The beginning of the song “Daydreaming” began to play, and soon, Harry was on stage, running around and dancing, while greeting his fans. Everyone was jumping to the music, as colorful lights flickered all over the venue.

The concert continued with much of the same energy. Harry soon sang “Golden,” “Adore You,” “Daylight,” and “Keep Driving” before shifting the mood with his somber song, “Matilda”, a song about growing up and leaving bad things in the past. The crowd swayed and quietly sang the song. Harry continued on a moodier tone with “Little Freak” from his new album, before switching to the fun, upbeat “Satellite”.

The night had many highlights, from Harry calling a fan’s ex on the phone, to fan projects during “Treat People With Kindness”. However, the best part of the night had to be the shared energy between everyone in the arena. Every attendee was excited to be there and was always looking out for the person next to them.

Harry shared the same energy as his fans as well. It was clear that he was ecstatic for his residency at the most famous arena in the world. He continuously thanked his fans, read their signs, and called their exes (as stated previously).

A personal favorite moment of mine was when Harry sang “What Makes You Beautiful”. As a former One Direction fan who never got the chance to go to one of their concerts, it was a full-circle moment.

After about an hour, Harry sang “Love of My Life” before thanking everyone for coming, and running off stage.

The crowd began to chant. Part of the stadium was screaming “Medicine” over and over again, the title of an unreleased track that is a popular request at his concerts. The other half was chanting Harry’s name over and over again. After a few minutes of chanting, Harry and his band returned back to the stage for his encore.

He started off his encore with “Sign of the Times,” the entire crowd singing along. Soon after, what some see as the song of the summer, “As It Was,” played before Harry thanked his fans one last time. It was time for the final song, “Kiwi”. The energy of the arena at this point was even more elated than at the start of the concert. The entire venue was vibrating as everyone jumped around and danced. Harry ran around the stage, dancing with his band members and interacting with the crowd while singing.

The concert was over, but no one was upset or crying. Everyone left the arena happy and smiling, processing the experience.

As I stepped out of Madison Square Garden, I heard all of the taxi drivers playing “As It Was” and other hits of Harry’s, and noticed the Garden lit up corresponding to the colors of Harry’s House.

As Harry’s time at Madison Square Garden comes to an end, I think back on a night full of feather boas and fun to remember upon. 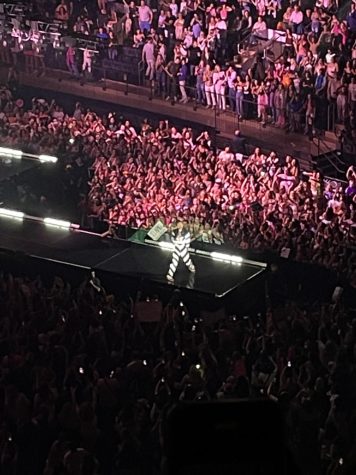