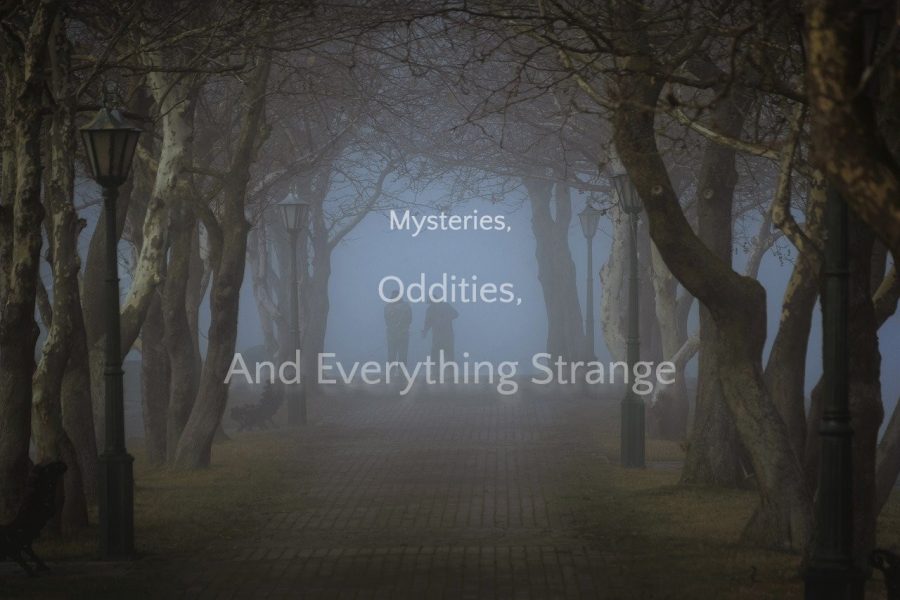 Michigan Dogman: A Dogman from Michigan (Who Knew?)

Everyone knows what werewolves are. Big, scary, hairy men who turn into bipedal creatures and scare everyone. I’ve even done an article about an especially well-known werewolf (if you haven’t read it you definitely should because it’s very high quality)! The name itself even sends a chill down the spine when it is 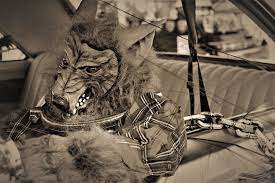 said aloud. The name is practically telling you “beware” of the night time creature. But what about a name that doesn’t ring that sort of bell? Leaves you curious and a little confused instead of outright petrified? That’s where the Michigan Dogman makes its appearance. Named after the friendly household pet instead of the revered snow dweller, the Michigan Dogman is yet another legend with plenty of mystery and a whole lot of culture surrounding it.

The first ever sighting of the Michigan Dogman occurred in 1887 in, surprisingly, Michigan. A group of lumberjacks in Wexford County described the beast as edging seven feet tall and standing on two legs with black or gray hair, amber eyes, and human-like vocalizations. Most sightings are concentrated in the lower half of Michigan’s continental land, specifically in its northwest portion. Legends of the Dogman date back to when Native American populated the land, as Odawa tribe members have mentions of such a legend in their folktales. Some people have reported observing a massive pack of wolves going about their business only for one to stand up on its hind legs and stride away into the woods. People have observed bipedal canines cross roads frequently, disrupting traffic and spooking the driver.

According to legends, the Michigan Dogman reappears every ten years, specifically those that end with 7 (1997, 2007, 2017, etc.). This legend held true in past sightings during the 20th century. In 1937, a man named Robert Fortney was assaulted by five wild dogs in Paris County, Michigan. In this attack, he said one of the five dogs stood on its hind legs and began attacking him as such. In 1957, there was a surplus of reports in 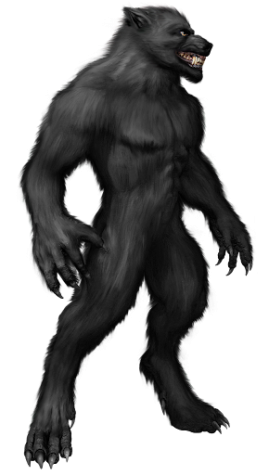 lower northwestern Michigan, and in 1967 they continued to wander around Manistee and Cross Village. The Michigan Dogman even has its own segment in Linda S. Godfrey’s novel Beast of Bray Road (which has its own article!), describing its similarity to the creature.

The most famous piece of evidence in favor of the Michigan Dogman comes in film form. Mike Agrusa, a teenage Michigan resident in the 1970s, was filming in the woods when he supposedly caught a strange glimpse of a creature sprinting in the distance. This feature, known as The Gable Film, is very popular among Michigan Dogman truthers, using it as a key in their case for its existence. The unfortunate part, though, is that Agrusa admitted the video was a complete hoax. This hasn’t swayed believers, though, as they continue to hunt for proof.

The Michigan Dogman got a bit of unprecedented fame in the 1980’s thanks to a humble disc jockey. WTCM-FM, a radio station in Traverse City, Michigan, broadcasted a song known as “The Legend” while making up a legend about some sort of dogman wandering around Michigan. James Cook, the radio host, began receiving phone calls from listeners who claimed that the Michigan Dogman wasn’t simply a made-up hoax, and from there he began selling cassettes of the song while donating the revenue to a local animal rescue. Cook continues to receive reports of the creature’s truth, even long after his career is over. Now, the song plays at Nashville’s WSM and German armed forces radios at Halloween. He runs a Facebook 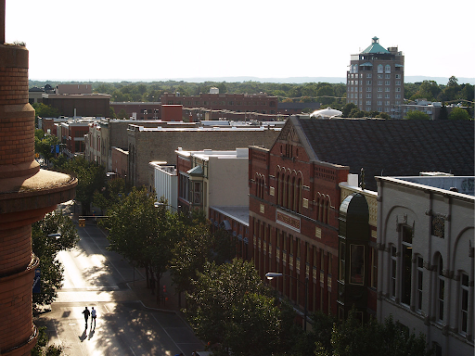 page dedicated to uncovering the beast to this day. Cook apparently shared a video of a dogman attack in 2007, but it was unfortunately a hoax meant to encourage the legend of the creature.

The Michigan Dogman, despite its relative obscurity, has a pop culture fan-base all its own. It has a dedicated segment in the Michigan History Center where the exhibit walks through its legend. Rich Brauer created a film in 2011 known as Dogman with its titular character played by Larry Joe Campbell. It was an exclusive release at the State Theater in Traverse City and included a clip of the infamous Gable Film. Many television series, like MonsterQuest and Monsters and Mysteries in America, have dedicated episodes to hunting the creature. Overall, the Michigan Dogman has a massive legend to its name, and I would advise against traveling to Michigan anytime in 2027—you might have an unpleasant dog waiting for you.