Culture Night Was a Hit! 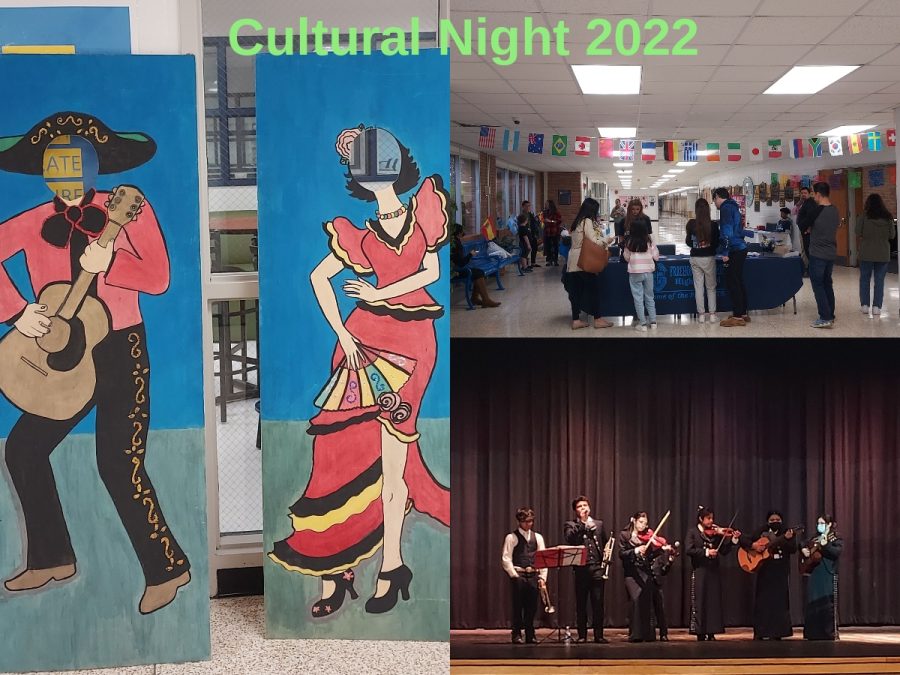 On Thursday, March 31, 2022, members of the Freehold Township High School community gathered in the school’s auditorium to view the students of FTHS, as well as other participants, and their performances. According to the program of the event, the main goal of the night was to express the cultural diversity within the school.

A Mariachi Band started off the night, playing spectacular Spanish music, wowing the audience. Afterwards, Diana Tumakaeva performed a rhythmic gymnastics number to a vibrant, catchy song which left many in awe. Thirdly, Demiana Ghattas performed a song by the legendary Selena, “I Could Fall In Love.” In addition to Demiana, there were other participants who chose to perform a song. Lia Polisano performed “Volare,” Piper Doherty sang “Citta Vuota” by Mina, and there was also a flute trio performed by Kayla Easton, Jessica Hackenson, and Talia Naum! The musical talent of the ladies has filled the night with bright, cheerful tunes, and their performances were surely outstanding!

Some chose to dance. For instance, Raisa Deotale and Mariam Ali performed a Bollywood Style dance, and Akriti Tandon, Dhvani Tandon, Daniella Nevins, Megan Chang, and Carolyn Chang performed an “Around The World” dance. All dancers looked majestic on the stage, and entertained the crowd with their slick moves. Additionally, there were some who chose to read poems. For instance, Ariana Degliuomini recited an Afro-Latino poem, and Amulanga Mandzhieva read a Kalmyk Poem.

After the performances and brief messages to the sponsors, the Executive Board and Advisors of the Spanish Club, which helped organize the event. The list included Lenka Paulin and Daniella Nevins as Presidents, Michael Marion and Akriti Tandon as Vice-Presidents, Emma Spoonauer as Secretary, Demiana Ghattas as Press Secretary, and Mrs. Merkel and Dr. Villareal as Advisors! Two of the restaurants which helped support the event were Chen’s Asian Bistro and Romeo’s Italian American! Teachers, parents, as well as participants chatted and indulged in the foods sponsors of the event have provided for them. Through the performances of FTHS students, volunteers, and an abundance of cultural foods, the talent and diversity within the walls of Freehold Township High School could not be more clear.