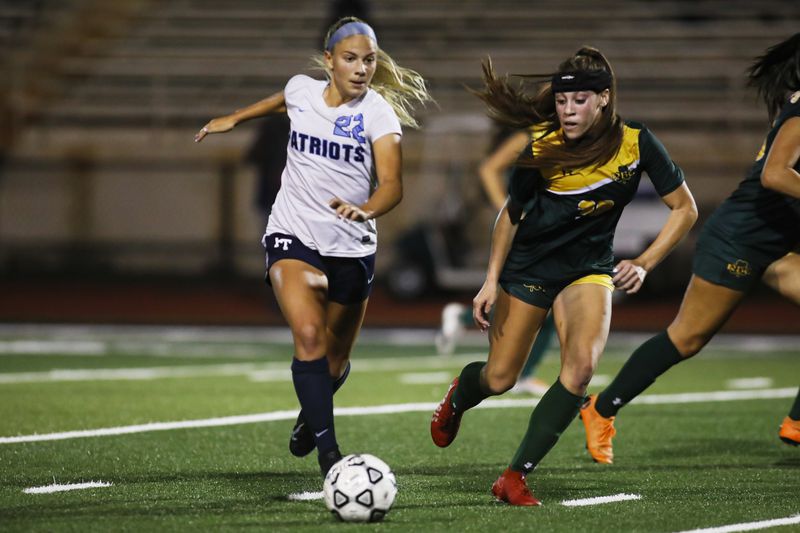 Following her being named FTHS November Athlete of the Month, the Patriot Press sat down with sophomore soccer stud Cassidy Corcione.

First of all congrats! How does it feel to be Athlete of the Month?

– It feels really good! I wasn’t expecting it to be honest but we had a great season and I’m excited for next year too.

What position do you play and what is the hardest aspect of that position?

– For high school, I play forward, midfield, and outside back. In general, I mainly play midfield. The hardest thing about it is working together as a team and putting work ethic in. I also have to finish the game out and score when I need to.

What are your goals for next season?

– Next year we want to win both the Shore Conference and state finals without any losses. We want to go straight through the season undefeated.

How will you prepare for next year in order to attain an undefeated season?

– To prepare we’ll have a long summer workout with the incoming freshmen. We’re also going to travel a bit and play harder teams from out of state and prepare for the challenges of new tournaments.

What has been your favorite moment at Township so far?

– My favorite moment was [the Central Jersey Group 4 Final] against Rancocas Valley. We were winning 2-0 but then fell behind 3-2. I had the game-tying goal for #3 and the assist on the overtime winner. That was to win sectionals.

Is that your favorite goal?

– Oatmeal for breakfast and a sub for lunch but nothing in between.

– I don’t know I just am very superstitious but it probably doesn’t work.

How do you handle the pressure of being on the #1 team in the shore and being the #1 player in the shore?

– It’s a lot of pressure when you’re losing but I know my role and I have to stand up to it. I just work hard in practice and it shows in games.

How have all the accolades felt so far?

– It was a lot to handle as a freshman but it feels good to know that I’m improving as my years go on.

A fun question to end: If you could live anywhere in the world, where would it be and why?

– Either here or California. California is where the sports industries are and, when I’m older, I want to do kinesiology or physical therapy for famous athletes.

Thanks again and congrats, Cassidy!

Here are some of Cassidy’s accomplishments from November:

Here’s what Coach Patterson had to say about Cassidy:

“Cassidy gets involved all over the field, starting in the midfield, moving up to forward, and typically finishing the game playing defensive midfield in tight games. Her efforts helped lead the team to division, Shore Conference Tournament and CJ 4 championships.”