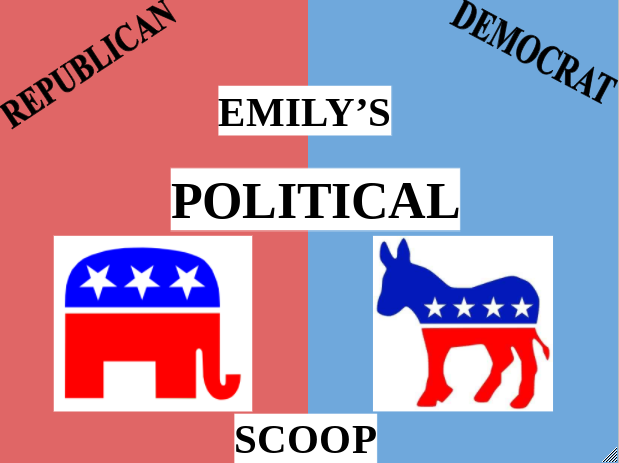 Hello readers! Another week, another bundle of topics to discuss about American politics. Today, we focus on the influence that the new term of the Supreme Court will have for present and future generations, and Dalip Singh Saundo who broke the political barriers for Asian-Americans, Indian-Americans, and Sikhs. Enjoy reading and remember to stay informed!

Solely caused by unexplainable natural forces, High School is riddled with groups and cliques of all kinds (you’ve seen the 2000s movies). Now imagine THE alpha-group: the most influential, the role models, the ones’ on the highest level. In the world of judicial bodies in the U.S., that group is the Supreme Court: nine justices, a lot of power.

On Monday, the justices of the Supreme Court gathered to kick off the start of a new term after not having met since March of 2020. As the New York Times explains, Eight of the nine were physically present including Justice Amy Coney Barrett, Justice Clarence Thomas, Justice Stephen Bryer, Justice Sonia Sotomayorm, Justice Samuel Alito, Justice Eelena Kagan, Justice Neil Gorsuch and Justice David Souter. As for Justice Brett M. Kavanaugh, he connected through the screen after testing positive for COVID last Thursday (Liptak). NPR explains that six of the justices are Republicans due to President Donald Trump’s three additions, and the following are Democrats. From the surface you may be thinking “well what is this big deal?” Here is the big deal (Totenberg)…

In the past, properly explained by SCOTUSblog publisher Tom Goldstein, conservative members of the Court have avoided “massive social issues” due to the incapability to ensure five out of the nine votes to alter a law; however, that has now completely changed. Current issues on the upcoming calendar that will be discussed include abortion, guns, separation of church and state, and action in high education. Do not get it twisted: these are not randomly chosen out of a hat. They were selected by a majority of the court and may be the building blocks to overruling or expanding on specified decisions. The executive director of the Supreme Court Institute at GeorgeTown University Law Center states that the court could be “permanently altered” as “we see sweeping right-sided decisions over left-sided dissents on every one of the most politically divisive issues of our time” (Totenberg).

Exploring more of the specifics, BBC breaks down each of the upcoming discussions and lays out the facts. In terms of the fight for and against abortion, many believe that this new court is capable of reversing 50-year-old rules made under the case Roe v. Wade, giving way to restrictive laws on abortion during the first two trimesters. The case in correlation is one about a Mississippi law that denies most abortions after the 15th week of pregnancy. Regardless of the outcome when the issue comes to the forefront, lives everywhere will be affected by their decision; young and old (Zurcher).

Gun control has been a major political discussion for, well, as long as I’m sure any of us can remember. The question is, where does it stem from? After putting the fire-arm logistics of the Second Amendment on the back-burner, the 2008 case of District of Columbia v. Heller sprouted about,determining one’s constitutional right to own a handgun. Now, many gun-right advocates are fighting against regulations that they say infringe on their constitutional rights. The correlated case? Well, it has to do with our neighboring state: New York. In the City, there is restricted access to concealed-carry handgun licenses, and the new court may decide to make carrying a handgun much easier in places like cities (Zurcher).

Religious freedom: a luxury that many tend to not recognize, and it certainly does not go unnoticed by the court. Even in previous years, the court has never shied away from defending our religious liberties and it is not stopping now. The policy that will be discussed is one arguing a state’s ability to not involve church parish schools in a program that gives students money to use for attending private-schools. If the court was to follow its pattern, the court’s ultimate decision shouldn’t be too surprising (Zurcher).

If you are a high-schooler reading this, you may be questioning how all of this, and even politics in general, applies to you. Why should you care if you can’t vote? Why should you spend five minutes learning about something you cannot directly change? Contrary to popular belief, these issues DO affect you and these future Supreme Court decisions will impact your lives and your neighbors. You may think you are the “top-dog” in high school but in comparison to the impacts that the Supreme Court has on all Americans, you might as well be a new-born puppy. However, that is not to say that you don’t have a voice! You may not have the power of a Supreme Court Justice, but you do have the power to vocalize your opinions and stand up for what you believe in.

Immerse into the Diverse:

Congress is a vital part of our government system. Don’t believe me? Take it from the official U.S. Capitol Visitor Center Website, detailing how those in Congress make laws which impact American lives every day, all the time. It’s the voice of the people and the states in the federal government, so it is no wonder that diversity holds such mass significance to this branch of government. Dalip Singh Saundo in 1957 made history as the first Asian-American, Indian-American, Indian immigrant, Sikh, and follower of a non-Abrahamic religion to be elected into Congress, according to History.com and the JFK Library Archives.

Saundo was born and raised in Punjab, India and attended the University of Punjab, actively supporting the independent movement led by Mahatma Gandhi (History.com Editors). After finishing college, he moved to California and studied at the University of Berkeley, working in canning factors while earning a PhD in mathematics. With scarce opportunities due to racism towards Asians, Saundo began to work in agriculture alongside many other Indian immigrants who were prohibited from becoming U.S. citizens (Schandler).

Asian-Americans were subjected to discriminatory policies such as the “alien land” which denied Asian immigrants ownership of farmlands in many states including California (Schandler). However, when he got married and moved to California, he was able to get someone to sign the lease for him to avoid this ownership roadblock. Witnessing the struggles his fellow farming neighbors experienced during the economic collapse of 1929, the Great Depression, he became an avid supporter for the New Deal, a democrat, and organized an association which advocated for Indians to be granted American citizenship (History.com Editors): the India Association of America (Schandler). Pew Research Center explains that in 1946, the Luce-Celler Act was passed and made U.S. citizenship for Indian immigrants possible and in 1949, Saundo officially became a U.S. citizen. He then was elected as a judge in 1952 and ran for U.S. Congress from California’s 29th District in 1956, and he won (Liu).

Of course, a good winner gives credit when credit is due. Saundo recognized that through a multitude of connections made with small farmers and businesses in the district, he was able to secure victory. He served three terms in Congress, becoming recognized as a “champion of small farmers and civil rights legislation” who improved the U.S. ‘s relationship with Mexico and India (History.com. Editors). He was appointed as Vice Chairman of the Mexico-United States Inter-parliamentary Group (U.S. and Mexican Congresses) who discussed important issues of both countries. He was a member of other influential groups such as the House of Foreign Affairs Committee and the House Interior and Insular Affairs Committee, a group focused on solving agriculture and farm labor difficulties (Schandler).

Saundo’s consistent advocacy and mass influence over gaining rights for Indian immigrants and Americans will forever be his legacy. Without him, the lives of many American people would not be the same and there is no telling of how severe prior, racial discriminatory laws could have become. Unfortunately, he passed away in 1973 but his inspiring actions and spark of diversity for many racial and religious groups in Congress will live on (Liu).

Liptak, Adam. “Supreme Court Returns, With One Justice Missing and Only One Masked.” The

Totenberg, Nina. “The Supreme Court’s Conservatives Cook up a Stew of Abortion, Guns,