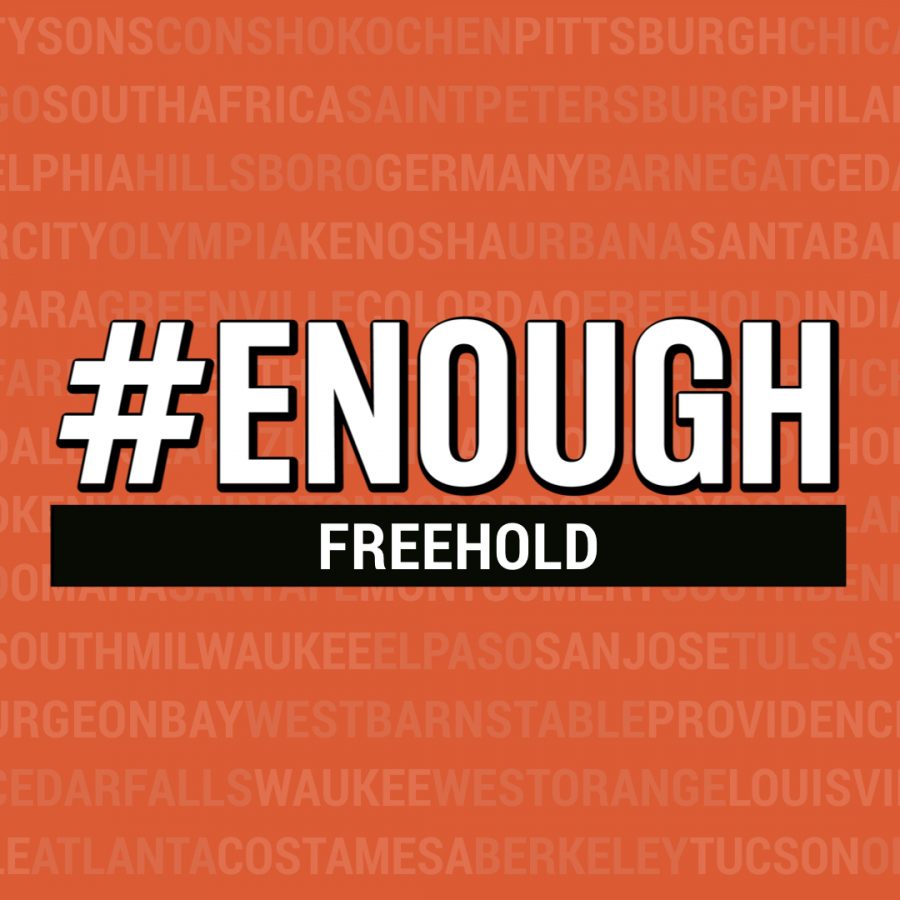 “FTHS Patriot Productions return to this virtual stage again this December with another online event for all to enjoy. Starting December 14th at 1:00, the production “#ENOUGH: Plays to End Gun Violence” will begin streaming on https://patriotproductions.anywhereseat.com/channel.php . Simply click the “access” button and enter the code PATRIOTS to view acts one and two of this production until December 20th.

“#ENOUGH: Plays to End Gun Violence” consists of seven plays that advocate against gun violence in schools. Each play is written by a different teenager from across the United States and conveys a different important message regarding gun safety. Several members of the Patriot Productions have acted in these plays, and IB students Morgan O’Shea and Brianna Kirsch helped to coordinate the event. I am honored to be acting in this production, and I can personally say that it is not something that you want to miss.  Mrs. Richardson and Ms. Robbins both did an excellent job directing, organzing, and editing the show, especially considering the circumstances that we are in right now and the fact that the show was performed virtually.

“#ENOUGH” is a unique experience in a multitude of ways, one of which being the “talk-back” that they are hosting during the production. During the performance, there will be a live chat box where viewers can ask questions and leave comments about the show that will be answered by student coordinators Morgan O’Shea and Brianna Kirsch. Additionally, there is a donation button available throughout the production that will allow donations to “Fulfill Food Pantry” of Monmouth and Ocean County, which is a great cause!

I hope all of you can attend this very special virtual event. It would be amazing if you could support the anti gun violence movement in schools while also supporting your classmates!