The History Behind “America’s Game” 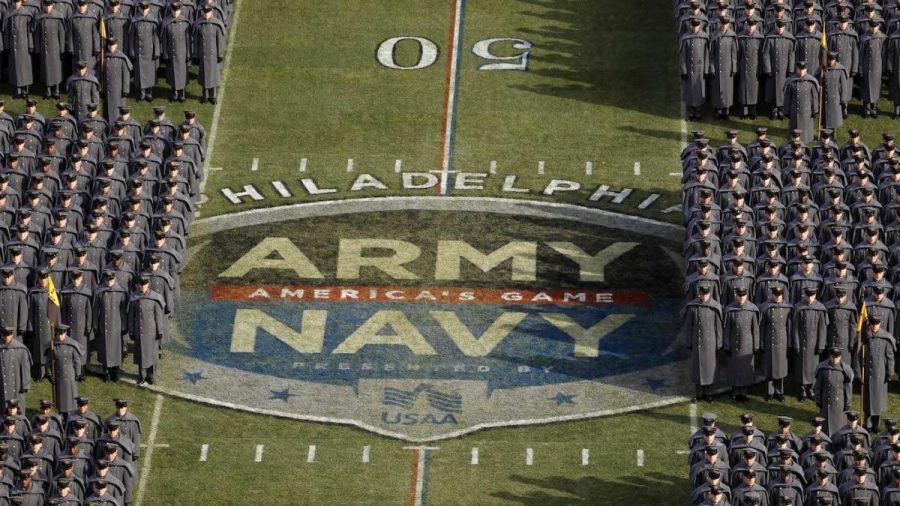 College football is one of America’s favorite pastimes. From the tailgates to cheerleaders and all things in between, it is truly an extravaganza. Each year, to cap off the season, the best teams in the nation participate in various inter-conference bowl games. In recent times, bowl games have largely lost their prestige and are marred by the usage of corporate names in their titles. These include Outback Steakhouse and Pioneer PureVision. However, one end-of-season game has stood the test of time and remained true to its roots. This game is the annual Army-Navy Game or “America’s Game.”

The Army-Navy Game is the final game of the college football regular season and is therefore not technically a bowl game. It is played each December on the Saturday following the NCAA football conference championship games. It is contested between the Black Knights of the United States Military Academy (Army) and the Midshipmen of the United States Naval Academy (Navy). The two military academies first met on November 29, 1890, and played a further 30 times between then and November 26, 1927. 1930 was the first year of the game’s annual streak. Of 119 total match-ups, 88 of them have been played in the city of Philadelphia and all but 2 on the Eastern Seaboard. Four different stadiums in Philly have hosted: John F. Kennedy Stadium, Franklin Field, Veteran’s Stadium, and the current venue, Lincoln Financial Field. Philadelphia typically hosts because it is considered the center of American history, and it is about halfway between the Military Academy in West Point, New York, and the Naval Academy in Annapolis, Maryland. Other venues used along the East Coast include New York, New Jersey, and Maryland. New York’s Polo Grounds and Yankee Stadium have hosted 11 times, whereas New Jersey has hosted once at Princeton’s Osborne Field and four times at the Meadowlands’ Giants Stadium. Baltimore, Maryland has hosted a total of six times at Memorial Stadium and M&T Bank Stadium. Landover, Maryland hosted at FedEx Field in 2011. The only two times the game has been played outside of the East Coast were in 1926 at Chicago’s Soldier Field and in 1983 at Pasadena, California’s Rose Bowl. For all time, the series is led 61-52 in favor of Navy, with 7 ties also occurring. 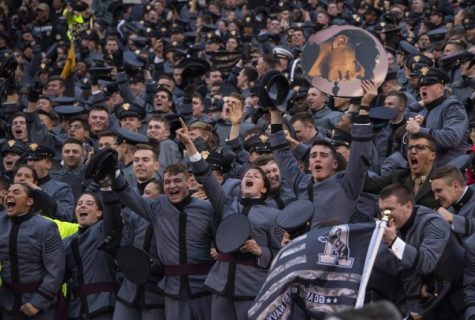 Many traditions are a prominent part of the game. For instance, the two schools’ alma maters are performed following the conclusion of each game. They are sung together in order to show unity among the academies. The winning team’s anthem is performed second, leading to this to become synonymous with winning the game. Additionally, prior to the game, there is an exchange of “prisoners” between the two schools. Students that have been studying at the sister academy return to the section of their original comrades in a ceremony on the field before kickoff. Moreover, the rally cries of the two schools have become words to live by for alums of both academies. Army fans, Navy fans, and graduates both constantly utter the phrases “Go Army! Beat Navy!” and “Go Navy! Beat Army!”

There have been many memorable showdowns between the two sides over the years. In 1893, Joseph Mason Reeves of Navy wore what is widely considered to be the first football helmet in the match-up versus Army. In 1926 and 1945, the national championship was awarded to the winner (or in the case of 1926 Navy when the two tied). In 1963, the academies were urged to play by the widow of the recently murdered President John F. Kennedy, Jacqueline Kennedy. To further its historical significance, it was played on December 7, the 22nd anniversary of the Pearl Harbor attacks. Navy, led by Hall of Fame quarterback Roger Staubach, came out 21-15 victors as Army could not run a final and possibly game-winning play due to excess crowd noise. The 1963 contest was the first televised sporting event to ever use instant replay.

This year, the Midshipmen destroyed the Black Knights 31-7 in America’s Game in Philadelphia. Navy quarterback Malcolm Perry rushed for an astounding 304 yards to help his side to the win. Navy was ranked #23 in the nation going into the game and will surely be ranked even higher following it. Thus, they will enter one of the many corporate-backed bowl games that make all of college football seem rather juvenile; however, they will always know that they played in the game that will never change; America’s Game.