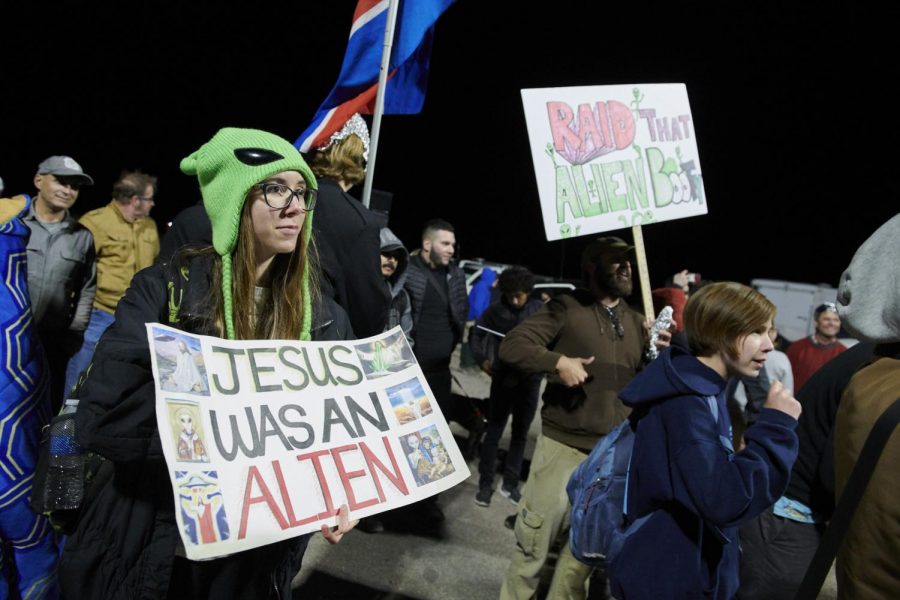 It’s been a few months since the Area 51 Raid memes first came out. But, did the raid actually happen on September 20th? If so, where are our aliens?

How Did The Memes Start?

On July 27th of this year, a 21 year old twitch gaming streamer by the name of Matty Roberts, along with a meme and an event planning account, teamed up to start the Facebook event, “Storm Area 51, They Can’t Stop All of Us.” The details of this event stated, “We will all meet up at the Area 51…and coordinate our entry. If we Naruto run, we can move faster…Let’s see them aliens.” Although Area 51 is a government run shooting range, the government also uses it to test aircrafts. In an attempt to keep their progress secret, the base is highly secured, leaving people questioning if the base and its aircrafts belonged to anything else- possibly hidden away aliens?

The event was an instant success, having over 2.1 million people claiming they’d be going and 1.5 million others claiming to be interested, before the event was “canceled.” However, the damage had already been done. Over night, Area 51 memes of all formats started to appear on all social media platforms. People were quick to make Area 51 themed jokes, talk about the raid, their future aliens, and even their plans for the raid on September 20th. Many made maps that led to the “official” plan, consisting of Kyles, rock throwers, Karens and of course, Naruto runners. Some companies even joined in on the fun, like Chipotle, Bud Light, Oreos, Burger King, XBOX and many more. Even celebrities couldn’t help but join in.

While most were obviously joking about going, others actually bought tickets to the event, being encouraged by locals who would allow them to pay to stay the night. At this point, the joke had turned into a possible threat to U.S. military, causing them to warn anyone going and claiming that there will be armed men ready to attack at any given time. In addition, they claimed that anyone who trespasses would be arrested on the spot. This can result in either a $5,000 fine, over a year of imprisonment, or both. Similar to those providing a paid night’s stay, business owners saw this event as an opportunity. George Harris, the owner of the nearby gift shop called “The Alien Research Center,” planned on hiring bands to play and food trucks to be open, in addition to  playing movies in an attempt to make this an annual festival.

Even with the warnings, some people got too excited and went up to the gates prior to the event. For instance, two motorcyclists were stopped and warned upon approaching the gate, leaving them with a $750 fee. Along with other ordinary people, two Duch YouTubers by the names of Ties Granzier and Govert Charles were arrested for trespassing. The YouTubers in particular were three miles into the property on September 10th, resulting in three days of jail and a fee of $2,280 each. Upon hearing these reports, it became clear that the raid was becoming serious.

As stated, the weekend of the raid began with gatherings at “The Alien Research Center,” where the festivals were held. Along with bands like the musical group Willy Savage, around 1,5000 people attended the festival in spite of the harsh weather. According to authorities, no serious incidents occurred at the festivals. As predicted by resident Elon Burton, the event was “more of a gathering of like minded people, having fun, sharing stories.”At Area 51 itself, of the 2.1 million people, only roughly 150 people attended, having only 75 approaching the gates itself. As few as it was, apparently many left after the few guards present gave very “heated warnings.” Those who remained simply protested in a playful manner, using signs that read “Let’s See Them Aliens,” “Save ET From the Government,” or even “Jesus Was An Alien.”

No one was injured or killed, and it was reported that only six people were rightfully arrested. Of these six, there are rumors that state that five trespassed while one urinated on the gates. Kasey Yadav, someone who attended the raid, commented on the original Facebook event, “Very sorry to all the people who were waiting to watch people get shot and arrested today. Cops were super…chill, and there was maybe only 10 furries there at the time.” According to the police at the site, mostly everyone was manageable and overall fun.

In the end, did we “clap those alien cheeks?” Not necessarily. But did the people who went to Nevada have as much fun as they could, within their legal limits? I think so. In the end, September 20th may have not gone down as we thought it would, but instead, it went down better than we could have ever imagined, even without our personal aliens.