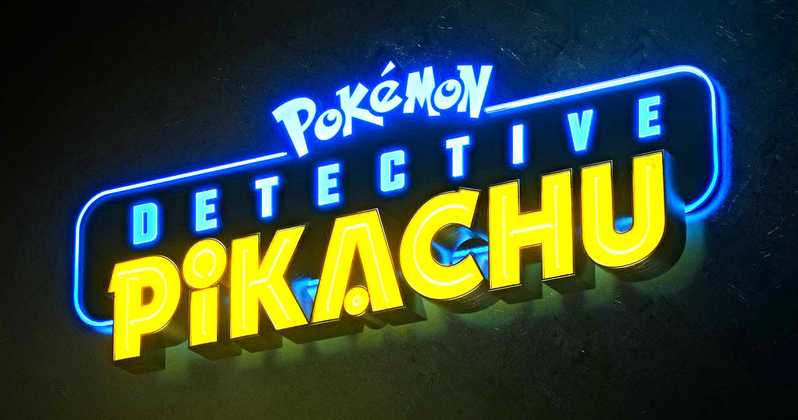 Of course, Ryan Reynolds looks great in every color but green. Even when he stands at two feet tall and 184 pounds depleted, he still knows how to put on a show while fashionably being its saving grace.

‘Pokémon: Detective Pikachu’ is without a doubt the best video game adaptation to ever hit theaters, but does that really mean much considering the competitions bar was already set so low? Does Detective Pikachu live up to the hype or is this attack not very effective?

It will be a super effective special attack on the majority of your emotional states, I can guarantee that.

“Welcome to Ryme City” – This review contains no spoilers!

I had the opportunity to see the movie during an early screening at my local AMC theater and came out with two different feelings- nothing negative for that matter, rather something I did not expect to feel- but we’ll get back to that in a little bit.

Originally I wanted to write a review for Detective Pikachu talking about its fantastic esthetic blend of noirish neon inspired locations, it’s fuse of a silly yet gritty consistent tone, sound design reminiscent of the video games and anime, computer-generated imagery that blows away the competition, and the excessive amount of detail dedicated to the culture of the franchise dumped into this one hour and forty-four minute eye candy festival of a film. If you could not tell already, there’s a lot to love in Detective Pikachu, however, it does have some substantial problems- ones that never drag down the entertainment for that matter, but problems nonetheless.

Let me set my current stance on the film straight. Is this movie good? Yes. Is it fantastic or even great for that matter? That answer may depend on how much of a fan you are of the Pokémon franchise, but in my personal opinion it is great but sadly not fantastic- that’s not a bad thing though; the film did not need to be fantastic to live up to my expectation. Detective Pikachu is a captivating good time from the second it starts to the second its special animated credits (inspired by the original Pokémon artist Ken Sugimori) roll.

The first two acts of this movie are an absolute spectacle joyride packed to the brim with everything you love about Pokémon culture. The writing actually sets up what could have potentially been a fantastic mystery story, but a short runtime leads Detective Pikachu to wrap a bow around itself far quicker then it should. Everything is great until the third act hits; once the case begins to unravel itself and the viewer begins to discover what is really going on in the story’s main location, Ryme City. It’s jumbled plot, predictable twist, and eye-rolling villain, all in the third act is what creates real problems for this film. For a movie with such an incredible setup, it’s baffling how this story spirals into plenty of debatably mediocre decisions during the payoff phase.

Despite a weak third act, Detective Pikachu manages to hold itself high through even pacing and most importantly its characters- mostly the title character himself, Detective Pikachu (Ryan Reynolds). The film provides what you really paid the price of your admission ticket to see; you are here for the world building of Pokémon- the memorable characters many grew up with or rather what many are currently growing up with in a live-action format.

If you’re looking for a deeper analysis on the characters and plot then this is not the review your hoping to read. That’s not what I’m here to discuss. If you want my opinion, the setup is great, the payoff of the plot is meh, the Pokémon themselves are the stars of the show, and the human characters with the exception of the lead protagonist Tim Goodman (Justice Smith) could have all used a heavy amount of extra development.

Despite all these problems though, I will still stand my ground and say that Pokémon Detective Pikachu is a great movie worth seeing in theaters.

If the film clearly has issues then why did I enjoy it so much? How is someone generally critical of most films making an exception for this particular movie?

As a person who grew up with this franchise, there is something deeper about this movie that truly made it special; the reason I think why you the reader and many others will love this film. Nostalgia can be extremely dictating of expectations, but in this case, it was not nostalgia that just made me really enjoy this film. There has been a long desire for a good live-action Pokémon film. The execution of this massive pop-culture footprint onto the big screen would simply make anyone’s childhood brain explode into tears of joy.

Thomas Wolfe’s famous quote may claim that “you can’t go back home to your childhood,” but Detective Pikachu knows exactly how to bring you back home. It hits you with a huge nostalgic blast while leaving you with a major desire to see more. For the first entry in a possibly massive ongoing cinematic universe, Detective Pikachu knows how to hit you hard in the feels by providing the audience with the mere taste of a bigger dream.

I grew up with Pokémon- I loved Pokémon as a kid and even now as a teenager I still have a fond appreciation for it mostly due to its intricately and deceptively simple designed games. Pokémon HeartGold & SoulSilver is still undebatably one of my favorite video games of all time.

Detective Pikachu understands the importance of this franchise. It is evident that the people behind the scenes of this movie have a clear understanding of why people love Pokémon and they deeply care for the franchise just as much as it’s fans. The production crew was on a mission to recreate the world of Pokémon and they succeeded.

The last thing you want to witness is one of your favorite childhood franchises finally adapted into a format you always wanted to see, just to find out it did not work out as you had hoped. I have always wanted to see Pokémon adapted into a live-action format. I would consider it a childhood fantasy of mine and I’m sure many other people feel the same way. The feeling of knowing that someone managed to make a good live-action Pokémon film just puts a smile on my face.

Every Pokémon’s purpose and usefulness was clearly thought out. Each different species plays a unique role in this world just as you would imagine. A Machamp can be seen guiding traffic, a Snorlax sleeps in the street as a roadblock, wild Emolgas fly across the city rooftops, Joltiks sweep across power-lining, Ludicolo bartends, Squirtle squads extinguish hazardous fires, Charizard and Gyarados go toe to toe in illegal city cage fights, etcetera. It really is a child’s imagination come to life- something that reflects many players’ imaginations who will now be viewing this movie.

That is only one example of how Detective Pikachu really is your imagination turning into reality. As I stated before, the amount of detail in this film is excessive. The audience is immersed so well into the world of Pokémon by the end of this film due to the strong usage of its terminology and constant attention to changing real-world aspects that would reflect the series’ universe. I found myself finding hidden references and smaller easter eggs in just about every single shot of this movie. It’s like the Collector’s vault in Guardians of The Galaxy for Pokémon fans, except that one scene extends across the entire runtime.

The amount of heart and passion put into making this world as authentic as it could be is what Detective Pikachu excels from and the ultimate payoff will be unreal for anyone who has been exposed to Pokémon.

Even if it was under two hours, the feeling of returning to the world of Pokémon just as your imagination interpreted pixels on a GameBoy, GameBoy Advance, or even DS screen for that matter is wonderful. It’s the same feeling comic book readers get seeing their favorite characters come to life, except a first for video games and something that I would go as far to say is even more special. Our imagination truly had to fuel the adventures for games such as the original GameBoy Pokémon generations due to extensively limited graphics. We had to fill the gaps in our minds, but finally after years of waiting the gaps are being filled without the need of the player.

After countless misfires audiences finally got what they deserved; a good video game adaptation and a fulfilling Pokémon movie for any age. It’s the biggest leap in the right direction that this genre of movies has seen to date although there is still a lot of work to be done. Detective Pikachu had exactly what I had wanted to see in a live action interpretation of Game Freak’s golden goose franchise. It’s not perfect, but it manages to hit home in the right way and provide an enjoyable time for both fans and perhaps even non-fans alike.

Pokémon is the biggest franchise ever and that’s literally not over-emphasis writing. It’s twenty billion dollars ahead of Star Wars. Pokémon is the most successful franchise to date. Saying it had one of the largest impacts ever on pop-culture would be an understatement. It changed entertainment and it is reassuring to know that this series has a positive future ahead in Hollywood.

Adorable, humorous, and most importantly entertaining, there’s something here for everyone to enjoy whether they are the parent being dragged along by their kids, the fan who’s been involved with the franchise since 1998, or a new generation of trainers just getting started with the worldwide phenomenon. If you grew up with any of the Pokémon games, shows, movies, cards, or whatever piece of media you absorbed this massive series from, I highly recommend you check this movie out. It might just be the throwback you didn’t know you were looking for.