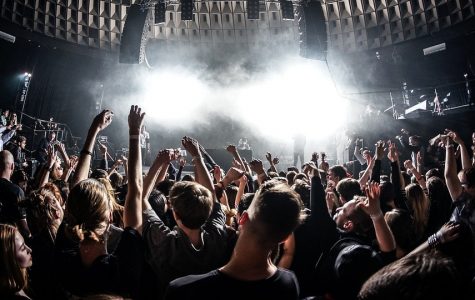 If you are reading this article right now, you definitely know who Harry Styles is. You may also be surprised to see Harry Styles in this article. But, nonetheless, here we go. Harry Styles has had a very successful career so far, especially since being in One Direction. But, do you know about his career after One Direction? After leaving One Direction, Harry Styles released an album with the very creative title “Harry Styles”. His hit song “Sign of the Times” was released on this album, gathering massive success from radio stations and teen girls everywhere. This music on this album had a very alternative sound, which was very different for him. The song “Carolina” was no exception. The tune describes a girl that Harry Styles once went on a date with, and the love he feels towards her. The song has an alternative rock flair that made me fall in love with it. You should listen to this song if you like Harry Styles, or alternative music.

The song “Shane Dawson” isn’t actually a tune about Youtube personality Shane Dawson. But, don’t be disappointed! Up-and-coming indie pop band “Mickey Darling” manage to make a name for themselves with this catchy tune. The sanguine song tells the story of a person’s internal struggle, with lyrics such as, ‘I can’t tell if I hate everything about myself, or if I just want the attention”. Even with this seemingly dark subject matter, the band uses a fun synthesized accompaniment that will surely be stuck in your head for days. Lead singer Skyler Molina’s vocals blend well with the previously mentioned synthesized background music, creating an altogether lovely sounding song. You should listen to this tune if you like lyrics that tell a story, or indie-pop music.

‘Could Have Been Me” – The Struts

“Could Have Been Me” is an edgy and fun rock ballad by English band The Struts. The song is primarily song by lead vocalist Luke Spiller, who’s voice bears an uncanny resemblance to Freddie Mercury’s. This gives the song an amazing rock sound to it, and makes you feel like you’re listening to a song by Queen. The Struts are still able to create their own unique sound though, that sound being pure rock and roll. The song describes the idea of living with no regrets, with lyrics such as “Don’t wanna live as an untold story/Rather go out in a blaze of glory”. You should listen to this song if you like rock anthems, or strong lead vocalists. (A huge thank you to Mr. Giblin for the suggestion!)

“Temporary Comfort” is a mellow song that has an accompaniment with a happy tune. But, the lyrics tell a different tale of love, loss, and loneliness. Brand’s soothing vocals and the mesmerizing guitar being utilized in the tune pair well together, leaving you with a chilling feeling. You should listen to this song if you like happy music with darker lyrics, or more soothing music.

This upbeat indie-rock song by FUR describes a character who has distanced himself from others, causing him to be very “lonely.” The lyrics say, “Mistake after mistake, it’s safer if I distance myself/If there’s a way for me to not do what I have done for so long.” This excerpt proves that the character in question has distanced himself as to benefit others, who no longer have to deal with his “mistakes”. Albeit the song having these depressing lyrics, the upbeat indie-rock song is a lovely tune that you’ll be humming to yourself all day. In addition, the song has a quirky and fun music video to go along with it. You should listen to this song if you like indie-rock music, or catchy songs.