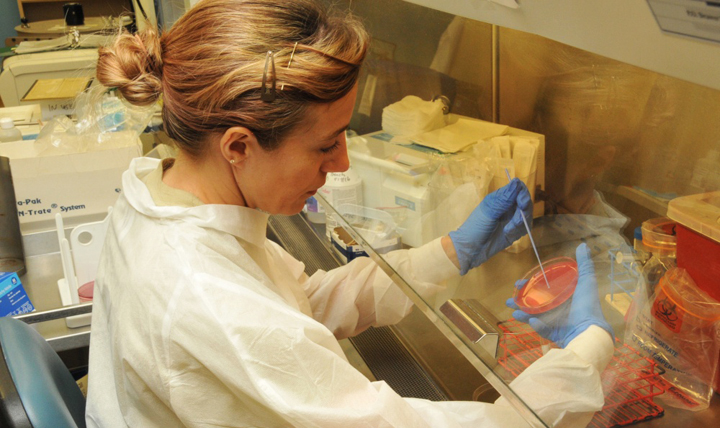 It’s bold of you to assume the world will still be standing in a million of years. In only a couple of decades, global warming, pollution, and climate change are all going to become a big  problem for future generations. Even worse, a consequence for people is going to come in play- and quite soon, too!

Each year, over two million people are diagnosed with having a drug-resistant bacteria in their body. This specific sickness is practically incurable and progressively gets worse. It’s very easy to obtain these bacteria. Doing something as simple as picking off a scab or (disgustingly enough) eating your boogers can expose your body to more bacteria than it can handle. Twenty-three thousand people die annually because they don’t think before they act and expose themselves to things they cannot handle.

Drug-resistant bacterias have been a growing issue for seventy years. Despite this, we still do not have a cure. These specific bacterias adapt quickly and become immune to everything they are exposed to. Especially during the first stages of mutation of the drug-resistant bacteria, prescriptions with more powerful medications just makes it worse. Of course, the drug does help a little. Overall, the bacteria stays and continues to damage the body either way.

Antimicrobial resistance is becoming a very big problem for doctors, researchers, and the people. In fact, medical professionals are predicting that these bacterias are going to become a predicament and could kill tons of people with time. Treating and taking down  drug-resistant bacterias is extremely difficult to accomplish, but is still possible.

The treatment of these bacteria consist of things as horrible as putting people on life support until they are better, crucial organ transplants, tons of medications, and long-term hospitalization.

One specific survivor of the drug-resistant bacterias is Addie Rerecich. At only eleven years old, she contracted an untreatable form of the bacteria stenotrophomonas that almost killed her. Addie spent three months on life support. After becoming resistant to every drug she was given, the doctors were beginning to lose hope on her survival. With desperation, her mother requested her to get a double-lung transplant. With odds close to zero, she managed to survive. Now at seventeen years old, she still is affected by this bacteria to this day. Her immune system is very weak and she needs to live by a hospital in order to get checkups to make sure she is okay.

Addie is one of the few lucky people to be able to share their story with the world. Doctors believe that soon, people like Addie won’t exist. How exactly can doctors prevent this from happening? In honest terms, at the current state of medical knowledge, there’s no sign of any way to be able to kill these deadly sicknesses. There is also no sign of any break in medical knowledge that will assist doctors in figuring out a less bloody and scary way of dealing with the bacteria and removing it.

All that can be done is to keep researching and continue to attempt to save the environment from making the conditions harsher. By letting the environment get sick, we enable the diseases to adapt to harsher environments, thereby making it even more impossible to get rid of drug-resistant bacteria. If we don’t do something soon, the human race could be wiped out by diseases like this before we even hit year 3000.