Are Caffeinated Drinks Worth The Risk For Students? 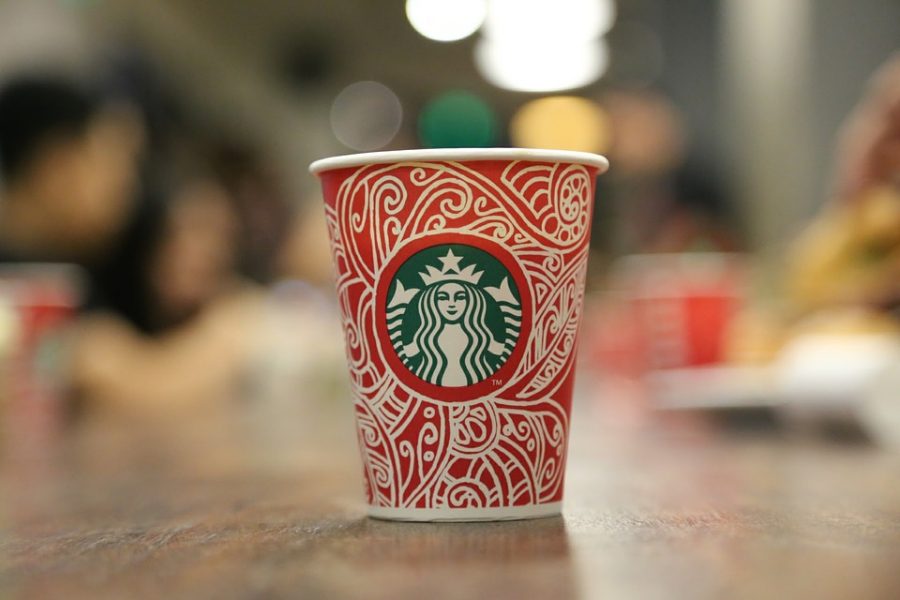 Caffeine. You’ve heard the name and you’ve definitely experienced its effects for yourself. It’s in almost everything from foods to drinks. Caffeine is a stimulant that is placed in things such as coffee, tea, energy drinks, coca cola, chocolate, some pain relievers, and many others. It’s found in plants such as Coffea arabica (used for coffee), Thea sinensis (used for tea), Cola acuminata (used as a nut, tea, or in soft drinks including cola), Theobroma cacao (used in cocoa and chocolate), and Paullinia cupana (used as guarana in snack bars and energy drinks). Similar to alcohol, caffeine affects a person depending on their size, weight, and health. Caffeine’s effects may last anywhere from five minutes to twelve hours. Caffeine is also a drug. Although it may help solve the all-nighter you had to pull to study for an important test, it may also cause a lot of problems to you, your body, and your priorities.

It’s really easy to get addicted to caffeine. It is just as addictive as weed, cocaine, smoking, and other dangerous substances. Addiction to coffee means that the user must have at least three cups of coffee a day. The regular intake of caffeine can cause nervousness, difficulty sleeping, restlessness, irritability, headaches, dizziness, ringing in the ears, muscle tremors, weakness, fatigue, rapid heart rate, increase in breathing rate, poor appetite, nausea, vomiting, diarrhea, increased thirst, frequent urination, low blood sugar, seizures, delirium, and much more! Being without it for a couple of hours can cause much difficulty for one experiencing withdrawal symptoms, which includes headaches, fatigue,  depression, irritability and trouble in concentration.

Not only is caffeine dangerous, but since it’s so sugary, it can cause things like diabetes and obesity. In fact, caffeinated drinks like coffee and energy drinks are one of the top causes of those issues. Many studies show that if people were to quit drinking and eating foods filled with sugar and chemical products, the rates of obesity will decrease dramatically. Knowing the serious consequences of caffeinated drinks, why do people still choose to drink them? In order to determine the reason,  I interviewed several classes and students here at FTHS about their opinions on energy drinks and coffee sold in school.

First, I asked classes whether or not they think caffeine is a positive aspect of school. I wasn’t shocked upon finding that  70% of the students claimed that they wouldn’t be able to survive without coffee, which helps them with their productivity. My research concluded that almost ¼ of the students in each of the classes I visited tend to buy coffees from the school and from outside places, such as Starbucks and Dunkin Donuts. Not surprisingly, those students also buy energy drinks. Not only this, but the students choose to do their homework late at night and go to bed as late as midnight.

Second, I also noticed a trend of different opinions regarding coffee consumption itself from some students. The first was a sophomore. “Coffee helps me focus in class after staying late at night for classes who expect me to do a lot of work,” says Eric Trinidad, taking a sip of a coffee he had just bought that morning from the vending machine. Students who find coffee as an essential treat to cope with great amounts of school work shared the same view. Students in the freshmen class, however, had a mixed opinion. I found that  30% of students against caffeine were only freshmen. Samantha Montalbine speaks for her fellow (un)believers. She says, “People can function on a daily basis without coffee. It is [just] a distraction during class.”

Clearly, there is not much of a debate of what students think of caffeine as a whole. Nearly everyone believes that caffeine is a positive aspect of school life. The responses from my interviews and research, as expected, show the impact that caffeine has on today’s society Almost all students, even those in the early stages of middle school, are leaning towards things that hurt them more than directly help. America is one of the most caffeine driven countries in the world, proudly announced as it  “runs on Dunkin.”

In conclusion, caffeine is one of the most common additives that almost everyone tends to lean on when they are tired or need a boost. It is also proven to be dangerous and truly should not be sold in schools. Although it may help students focus on their work, they should rather concentrate on getting sleep or going to bed early. Most students commonly  tend to procrastinate, so ending the sales of caffeinated drinks can teach them to be more responsible and try to go to bed earlier.